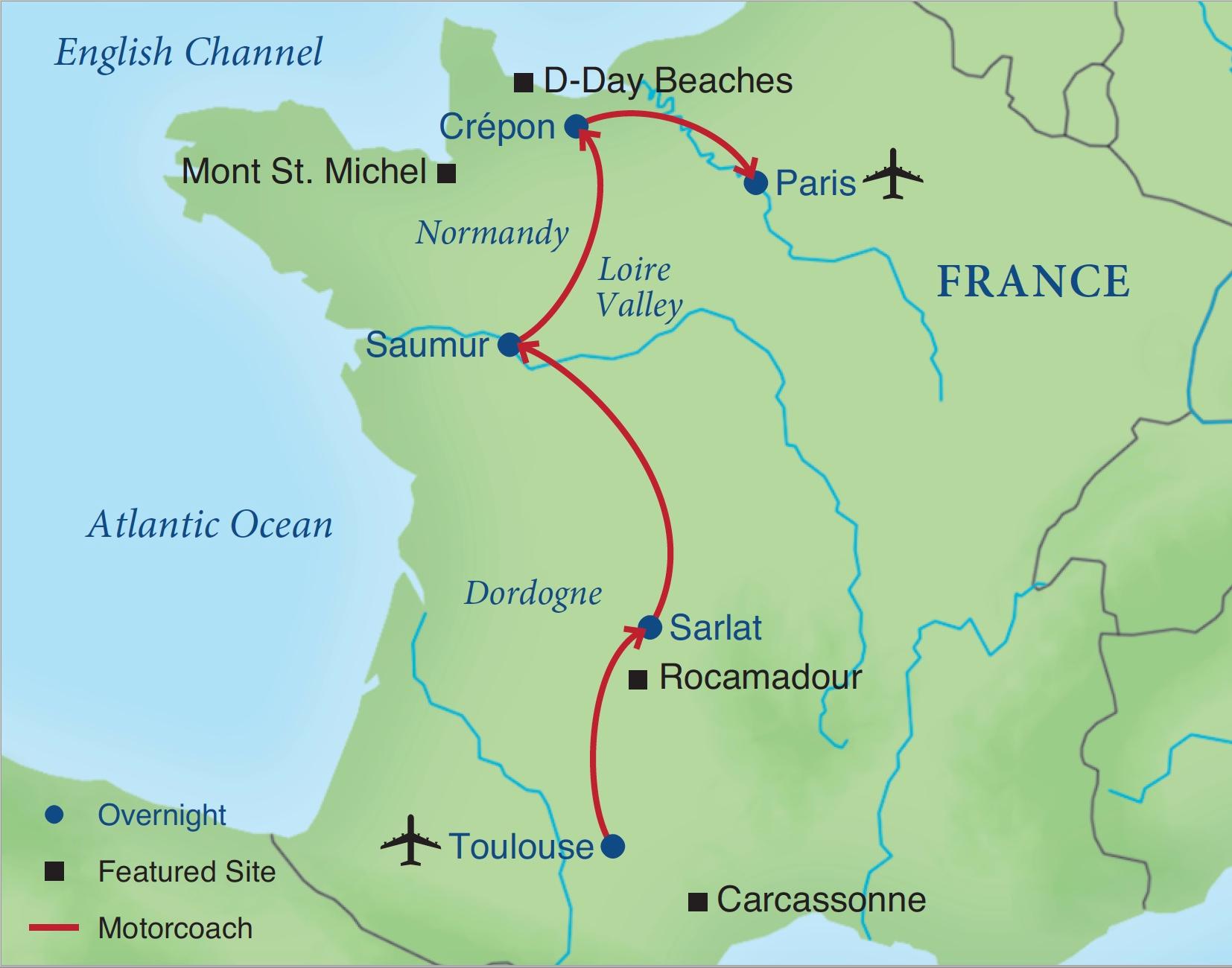 Immerse yourself in the richness of French culture, the breadth of its history, and the beauty of its artistic and architectural treasures on a journey to five distinct regions of France. Explore the ramparts of Carcassonne and Albi, and delve into prehistory among the cliffside villages of the Dordogne region; then venture to the sumptuous châteaux of the Loire Valley. Trace centuries of history in Normandy, visiting the medieval abbey of Mont St. Michel as well as the poignant World War II sites along the coast. Delve into the effervescent cities of Paris and Toulouse on guided tours, and experience the hospitality and gastronomy of provincial France.