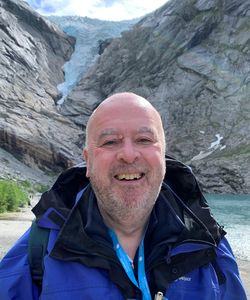 Professor Rab Houston was an undergraduate at St Andrews and, after six years in Cambridge as a research student and research fellow, came back as a lecturer in Modern History in 1983. He has held visiting professorships at the universities of Adelaide and Erasmus, Rotterdam as well as visiting fellowships at the Huntington Library and the Lewis Walpole Library, Yale University. Between 2006 and 2009 he held a prestigious Leverhulme Major Research Fellowship. He is a Fellow of the Royal Historical Society, a Member of the Academia Europaea, and a Fellow of the Royal Society of Edinburgh.

Rab has written ten books, co-authored one, and edited another four as well as authoring eighty articles and book chapters, most of them in the fields of early modern British and European literacy, British demography and urbanisation, Scottish society, and the history of mental abnormality.

Outside academia Rab is a keen scuba diver, often to be seen diving wrecks off the east coast of Scotland – or visiting warmer waters around the world. He enjoys yoga and Tai Chi, both active forms of meditation.