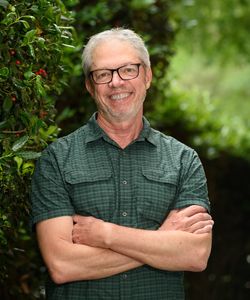 Allen Glazner is a geologist, educator and author with particular expertise in the American Southwest. He believes strongly that understanding the geologic underpinnings of the planet greatly enhances one’s enjoyment of the landscape and everything that lives on it. A native Southern Californian, Allen earned geology degrees from Pomona College and UCLA before embarking on a 38-year career at the University of North Carolina at Chapel Hill, where he is Kenan Distinguished Professor Emeritus.

Allen was an avid ultramarathoner and is now an avid cyclist and hiker. He enjoys all forms of photography but especially landscape, aerial, panorama, and 3D-reconstructive. Reading, especially fiction, is one of his sedentary pursuits. See landscape photos and more at allenglazner.com.

Bryce, Zion, and the Grand Canyon