What happened to the Sphinx’s nose? 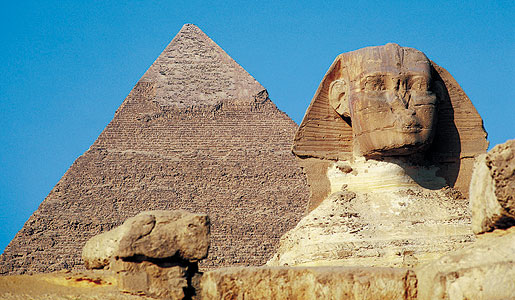 The mysterious Sphinx in front of the Pyramid of Khafre on the Giza Plateau, Egypt

Legends have passed over hundreds of years regarding the simple omission in this photograph of the Sphinx and the Pyramid of Khafre, part of the Giza Pyramid (or Great Pyramid) complex in Egypt. Where is the Sphinx’s nose? Many of us have heard the tale that a cannonball fired by Napoleon’s soldiers hit the nose and caused it to break off. Sketches of the Sphinx by the Dane Frederic Louis Norden were created in 1737 and published in 1755, well before the era of Napoleon. However, these drawings illustrate the Sphinx without a nose and clearly contradicts the legend. So what really happened?

The Egyptian Arab historian al-Maqrīzī wrote in the 15th century that the nose was actually destroyed by a Sufi Muslim named Muhammad Sa'im al-Dahr. In 1378 CE, Egyptian peasants made offerings to the Great Sphinx in the hope of controlling the flood cycle, which would result in a successful harvest. Outraged by this blatant show of devotion, Sa'im al-Dahr destroyed the nose and was later executed for vandalism. Whether this is absolute fact is still debatable.

Have you seen the Sphinx up close? Share your story below.

Interested in learning more about the region? Check out our Ancient Egypt and the Nile tour!