The Chinese like to call Xian’s famous terracotta army the “Eighth Wonder of the World.” The terracotta warriors created over two thousand years ago by the First Emperor of China hold many wonders. Each time I visit Xian, I’m reminded about how unprecedented the Qin emperor’s army is in the history of Chinese tomb sculpture. It baffles me that there are no life-sized naturalistic human figures in Chinese tomb art before the First Emperor and no life-sized soldiers in the archaeological record following his reign. 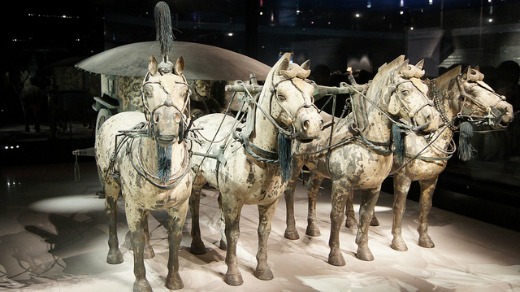 Who was this extraordinary emperor? The basic facts of his biography are well known. The First Emperor, or Qin Shihuang, was not only a brilliant military tactician who overwhelmed six rival kingdoms and unified China under a centralized authoritarian bureaucracy, he built a network of roads and canals strengthening communications throughout the empire; he standardized the coins, weights and measures, the writing system, and the legal code; he also engineered grand scale architectural projects, built gigantic palaces in his new capital and extended the Great Wall. And -- as if that wasn't enough -- shortly after taking the throne, he commenced work on a grand underground palace replete with the luxuries he enjoyed at court and an army of roughly 8,000 life-sized terracotta soldiers, 670 horses, and 130 chariots to protect him in the afterlife. 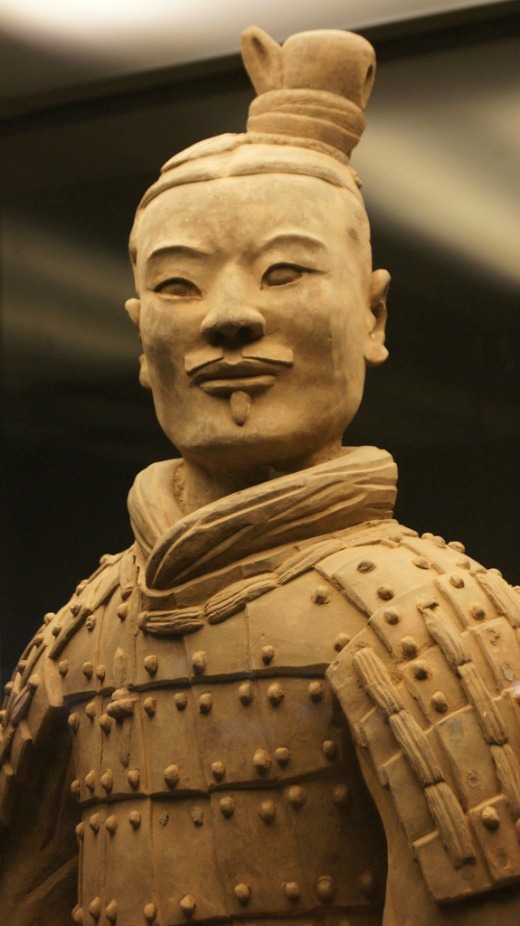 Each Terracotta Soldier has their own individual features and details, making each of the 8,000 soldiers seemingly unique. Photo courtesy of Julian Mason.

The scale of these projects is unfathomable -- as is the beauty and quality of his terracotta army. Each soldier is the work of a master craftsman who fashioned individual features, postures, and uniform details to indicate age, attitude, and ethnicity, as well as the rank of high officials, generals, cavalrymen, and infantry. Each face has a slightly different shape. Some with high cheek bones and a square jaw; others with broad foreheads and a flat nose. Each figure conveys a unique personality.  Some appear stern and stoic while others seem humble and sympathetic. Despite concentrated efforts and many return visits, I have never found two alike. To my eye, the diversity in facial features and physical attributes imbue the clay figures with humanity. Some scholars speculate that each sculpture was indeed modeled after a living soldier in Qin Shihuang’s vast army. If true, the terracotta warriors are as much a tribute to those 8,000 men as they are to their supreme ruler. Still, there is no tradition of life-sized naturalistic sculpture in China before the Qin emperor. Where did the idea come from and why didn’t subsequent Chinese emperors follow Qin Shihuang’s lead? It truly is a wonder. 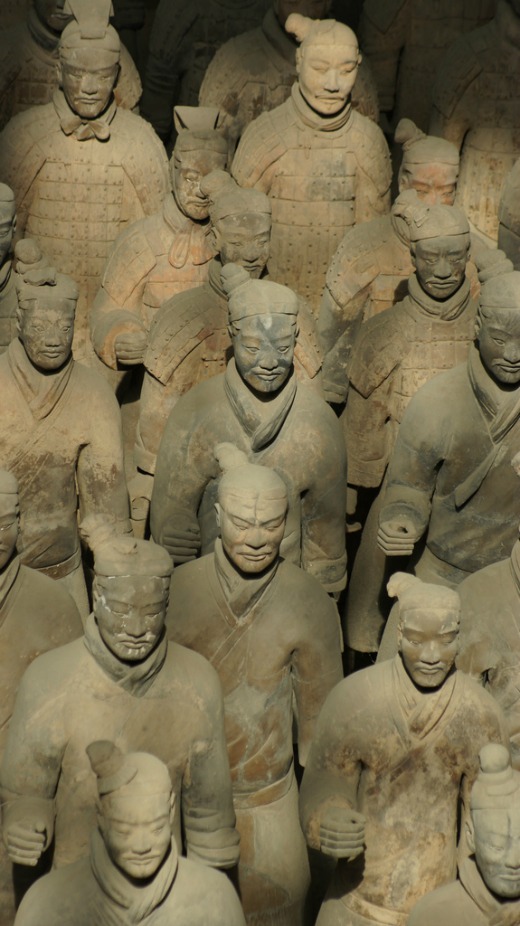 Terracotta sculptures depicting the soldiers of Qin Shi Huang, the first Emperor to rule over a unified China. Photo courtesy of Julian Mason.

Learn more about our Imperial China and the Yangtze tour here.