Peering Up At The Night Sky (And Then Into Deep Space)

Stargazers are in for a treat this month as five of the eight planets are visible in the night sky. Of the five, Venus and Jupiter are the brightest and most visible to the naked eye. To spot these planets, simply gaze up at the sky at dusk, as these planets are the first two “stars” to appear after the sun goes down (Jupiter being the higher of the two).

Readers with a backyard telescope, or even ordinary binoculars, should also be able to spot four of Jupiter’s permanent moons, first seen by Galileo Galilei on a clear January night in 1610. Starting closest to Jupiter, these moons are Io, Europa, Ganymed and Callisto (named after the nymph who Zeus placed in the sky as the constellation Ursa Major after jealous Hera turned her into a bear). Depending on the night, one or more of the moons may be hidden from view on the far side of the planet, so consult this handy guide from Sky & Telescope to identify which is which. 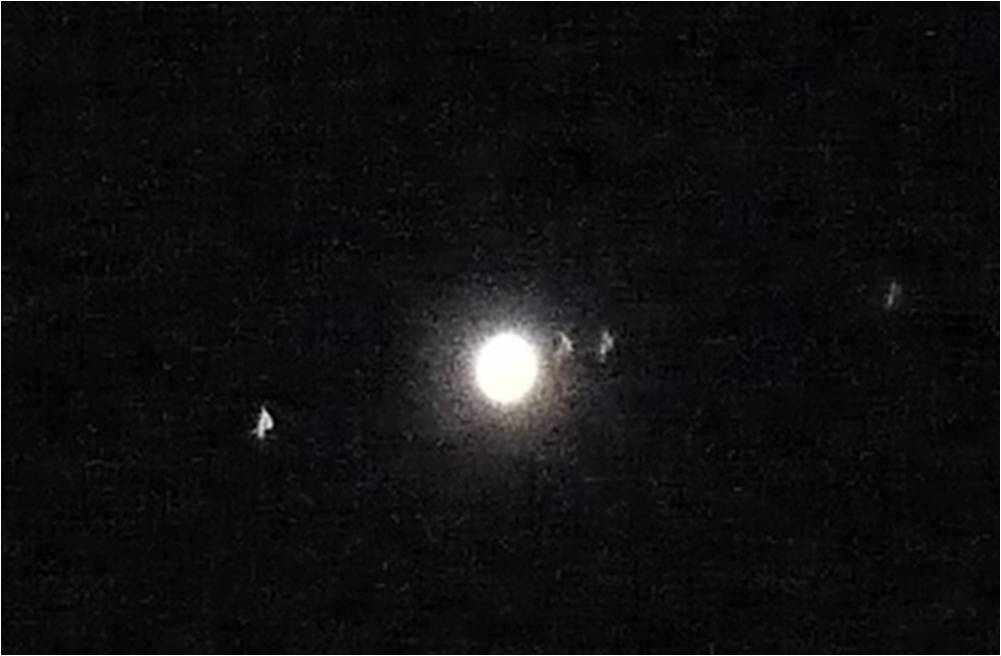 Jupiter and its four moons taken with a handheld camera in x32 zoom. (Image courtesy of Flickr user treehouse1977.)

Gazing into Deep Space:
Want an even CLOSER look? Try peering at real-time images generated by the Mount Graham International Observatory’s new Large Binocular Telescope in Arizona, the most powerful optical telescope in the world. Until relatively recently, ground-based telescopes had to live with wavefront distortion caused by the Earth's atmosphere. This distortion (the reason stars appear to twinkle to the human eye) significantly blurred images of distant objects. The Large Binocular Telescope, one of several visited on Smithsonian’s “Astronomy in Arizona” tour, uses a groundbreaking type of adaptive optics technology to produce the clearest images of deep space ever collected – sharper even than those collected by Hubble. 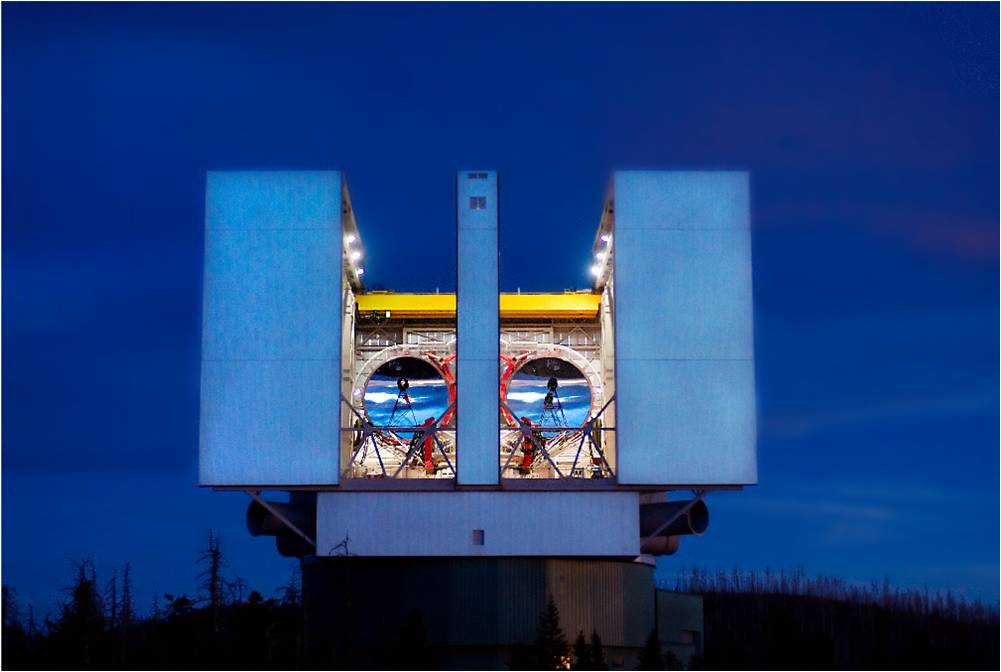 A central region of the globular cluster M92. The image on the left was taken by the Hubble Space Telescope. The (clearer) image on the right was take by the LBT in adaptive mode.  This picture is one of the sharpest images of deep space ever recorded. (Image courtesy of the Large Binocular Telescope Observatory.)


Further Reading:
A Complete Guide to Viewing the Planets this Month:

More About The Large Binocular Telescope:

Viewing the Stars with Smithsonian: