A Proustian Moment at Mont-St-Michel 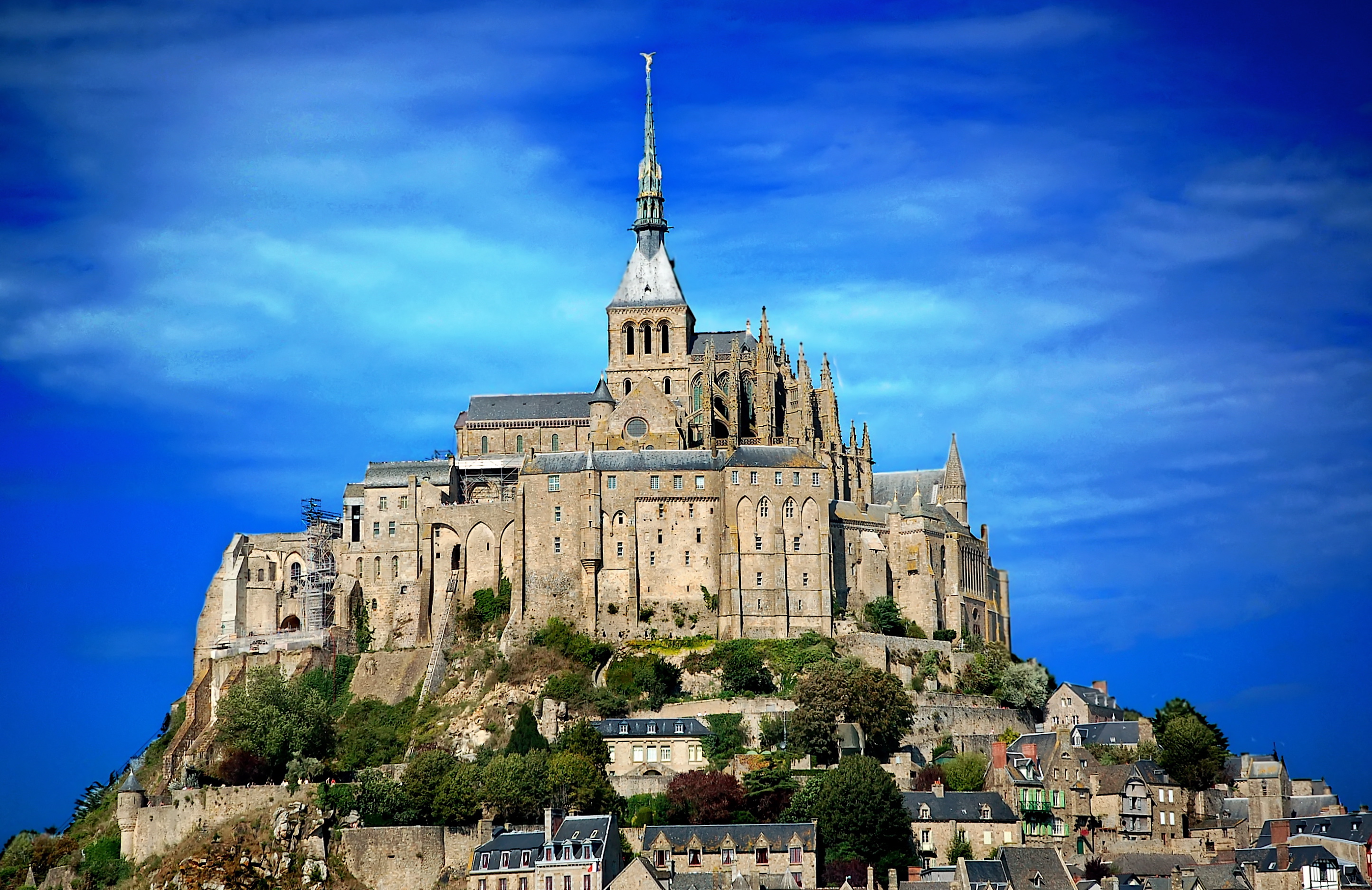 Few writers have more poignantly addressed the power of memory than Marcel Proust, in his A La Recherche du Temps Perdu (In Search of Lost Time). In it, he described the sensation of a sudden overpowering memory of his childhood that he experienced unexpectedly while tasting a madeleine cookie: "The sight of the little madeleine had recalled nothing to my mind before I tasted it…[yet] as soon as I had recognized the taste of the piece of madeleine soaked in her decoction of lime-blossom which my aunt used to give me... immediately the old grey house upon the street, where her room was, rose up like a stage set to attach itself to the little pavilion opening on to the garden which had been built out behind it for my parents."

With that one morsel of madeleine, Proust unlocked and recounted an incredibly vivid and moving series of memories. I had a very similar experience while visiting the magnificent Mont St-Michel with my mom when I was living in France. We took a train from Paris to Rennes, and then completed the journey to Mont-St-Michel by car, across coastal farmland in full mustard-flower and through little villages. We arrived at the parking area, near the end of the causeway, and below the now-imposing island and majestic structure reaching heavenward. The tidal flats were fully exposed. There were expansive puddlesin the parking lot and warning signs about the fate of vehicles left there during high tide. The tides of the region are famously and dangerously erratic. Indeed, they change so rapidly that Victor Hugo brought them to life by describing them as moving “a la vitesse d’un cheval au gallop” (as swiftly as a galloping horse). We walked a footpath to the gate of the island complex, stopping to examine stranded tidal pools.

Once inside the gate, we were instantly transported back in time several hundred years! We began the winding walk up, up, up, along the Rue Grande, in a magnificent ascendance, from the gate and entry courtyard to the grand stairs and abbey entrance. In that stone cathedral at the top of the world, it felt as though we were immersed in the great age of cathedral building. We attended Mass at high noon in the great abbey church, in its final form a Gothic cathedral, at the top of Mont-St-Michel. Then we dove further and further back in time and into the history and prehistory of Western civilization as we explored the crypts and chapels underneath. 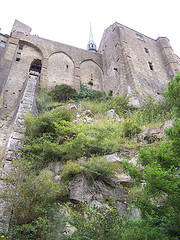 It would only be a surprise if Mont St-Michel were not a World Heritage Site, given the historical sequence of architecture and the incredible panoramas factored into the construction. The visible world drops away from beneath your feet, overtaken by an airy sense of awe and a reach for heaven. There is a palpable sense at Mont-St- Michel that those who contributed to its construction (a work- in-progress over six centuries ), were not only inspired to create an uniquely ethereal expression, but were also seeking to build a bridge to the infinite during what were extremely turbulent social, political, and economic times.

After our multi-layered journey through time, we began to make our way back down as the late-afternoon light settled on the centuries-old houses and shops. We stopped in a bakery and bought les sables, the quintessential butter cookies of the region. “Sables” means sand, and is a reference to the sandy texture of the legendary cookie. In front of the bakery, amidst the gentle spring breeze and the fading afternoon light, we tasted the cookies. They were the most delightfully delicate and savory butter cookies I’ve ever had! Even in the midst of that lighthearted spring day snack, I knew that I was not only savoring the cookies, but also the remarkable experience that I shared with my mom at Mont-St-Michel. That evening, we had dinner at a restaurant along the outer rampart wall, and we could hear and see the tidal bore near high tide through a stone window opening in the restaurant.

To this day, many years later, the memories of my time at Mont St-Michel with my mom are so very vivid. I can still hear the particular sound of the tidal bore. I can close my eyes and see the statue of St. Michael hovering above everything, on the highest spire of the abbey. And I can still taste those savory sables. I would recommend to anyone to visit Mont St-Michel with loved ones, as it is so imbued with a magic, mystery, spirituality, and beauty all its own. It is truly not to be missed.

Click here to join us in Mont St-Michel on our France Through the Ages tour.

Or, take your own mom to France on one of our tours to the region. Click for our food and wine travel opportunities.