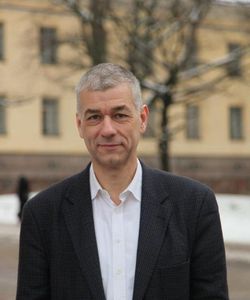 Thomas Bremer is a renowned expert on the history, culture, religion, and contemporary situation of Eastern and Southeastern Europe. He teaches Church History and Eastern Churches Studies at the University of Münster (Germany), where he also earned his PhD. His publications include a dozen books and many articles; among them is his introduction to Russian Church history, which has been translated into five languages (the English edition is called Cross and Kremlin. A Brief History of the Orthodox Church in Russia, Grand Rapids: Eerdmans 2013), and the edited volume Churches in the Ukrainian Crisis (co-edited with Andrii Krawchuk), Palgrave: New York/London 2017. He has been awarded research grants and fellowships from institutions including the Kennan Institute in Washington, DC, and the Boris Jordan Center at NYU. In addition to his academic career, he has served as a counselor for various bodies in questions dealing with Eastern and Southeastern Europe. During the Yugoslav wars, he was active in reconciliation initiatives in the successor countries which involved religious communities as well as civil society groups.

Thomas has widely traveled the region, and he is fluent in several of the local languages. He is especially interested in the significance of historical heritage for the contemporary situation in the countries he studies, and he is eager to share his fields of expertise on regions he knows intimately with Smithsonian Journeys guests.

Excellent presentation and explanation of a complicated country. Very personable and great delivery.