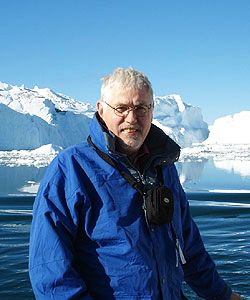 Q: What distinguishes Scandinavia from other European countries? Denmark, Norway and Sweden obviously share many cultural and political attributes, but are there any major differences among the three countries?

A: There are many social, political, cultural, and ethnic differences between the Scandinavian countries and the rest of Europe, but they are not always apparent to visitors. Relatively small populations and the accessibility of nature contribute to creating a unique experience for visitors to Scandinavia. Differences between the Scandinavian countries are subtle and more obvious topographically than culturally. Historical developments and cultural influences combined with the realities of geography have created some of the difference between Denmark, Norway, and Sweden. Denmark is, perhaps, the most continental and thereby the most European of the Scandinavian countries. Denmark has a stronger urban culture than do Sweden and Norway. Sweden and Norway have stronger traditions of insularity and more dominant connections with their folk traditions and rural past. Richer in natural resources and earlier investing in industrial development, Sweden has a strong tradition of entrepreneurship and marketing.

Q: What aspects of Scandinavian history do you find most fascinating?

A: Personally, I find all of Scandinavian history to be fascinating; however, if I were to choose one as the most fascinating, it would be the Viking age. The Viking past in Scandinavia, especially its cultural elements such as literature, law and language, had enormous influence on the development of the Scandinavian countries, to say nothing of its influence on England and the United States by extension. Hundreds of commonly used words came into the English language from the Norse, and the English jury system was unknown in English common law before the Vikings settled in England.

Q: Vikings are often depicted in popular media as savage warriors in horned helmets. Can you give an example of a common misconception about the Vikings and provide a little background on the reality of Viking life and/or influence?

A: Firstly, it is important to note that not a single horned helmet has ever been found in a Viking's grave. They did not wear "horned helmets." That, along with their sole reputation as "savage warriors," is a common misconception that hides the realities of Viking life as we know it. Probably no more violent than their Christian contemporaries, the Vikings of Scandinavia not only served as the founders of the Scandinavian countries, their influence is still felt from Russia to North America and beyond. Norse contributions to the English language, with hundreds of everyday words taken into English, are felt worldwide. Born, die, window, knife, law, outlaw, they, them, egg, sister, and husband are only some of the words the Vikings gave to the English language. Similarly, the system of a jury of twelve did not exist in English common law before the settlement and mass migration of Vikings to England in the ninth and tenth centuries. In the East, Russia received its name from the Swedish Vikings (the Rus) who traded actively with Constantinople through the Russian river system. The Duchy of Normandy, the country of Iceland, and the first cities in Ireland (Dublin, most notably) were all founded by Vikings. Their influence has been enormous.

Q: On a tour of Bergen, the second largest city of Norway, our guests will visit the fourteenth-century Hanseatic merchants' quarter of Bryggen. What role did this place, now a World Heritage site, play in the development of trade in the region?

A: The Hanseatic wharf in Bergen played a dominant part in the European trade in fish from the thirteenth to the sixteenth century. A climatic change in the thirteenth century saw colder and wetter weather dominate the western European weather pattern. Combined with a steadily growing population and a gradual shifting from farms to emerging urban centers, Norwegians were becoming increasingly dependent on imported grain. Fewer farmers and a growing demand for bread, porridge and beer, along with a decreasing appetite for dried meat, herring and sour milk, opened up the Norwegian market to the German merchants of the Hansa. The Hanseatic League stepped in to fill the demand and, in return, Norwegians sold their most precious and bountiful resource: the cod fisheries. A growing demand for fish in continental Europe met a growing demand for grain and other foods and goods in Norway. Bergen sat at the crossroads where the fishermen and merchants met. The city developed a German core that still gives evidence of its enormous impact today.

Q: Stockholm, Sweden, has been referred to as the "Capital of Scandinavia." What factors and/or events led to the city's emergence as a cultural center?

A: Gaining its independence from Denmark in 1523, Sweden, with its new national monarchy, began a policy of expansion—politically, economically, and territorially. Within a century, Sweden was a major European power that competed with England, France, and Spain for overseas territories and a dominant role on the European continent. Sweden invested heavily in its infrastructure in the seventeenth century, expanding its exploitation of its immense natural resources of iron, copper, and timber. Heavily influenced by French culture, Sweden became an intellectual as well as an economic and military power. Major figures of the Swedish enlightenment, such as Carl Linneaus, Anders Celsius and Immanuel Swedenborg, further enhanced Sweden's standing. Danes might argue with the contention that Stockholm is the "Capital of Scandinavia;" however, along with Copenhagen, it certainly is a significant cultural center.

Q: What can travelers look forward to experiencing when up close to Scandinavia's breathtaking fjords?

A: An up-close encounter with the fjords in Scandinavia, especially those in western Norway, is nothing short of being one of the most powerful personal encounters one can have with the majesty of nature. Narrow arms of the sea, in some cases reaching hundreds of miles inland, are embraced by overwhelming mountain cliffs that are as enveloping as they are overwhelming. Combined with the light of the northern latitudes, it is an unforgettable experience for the senses.