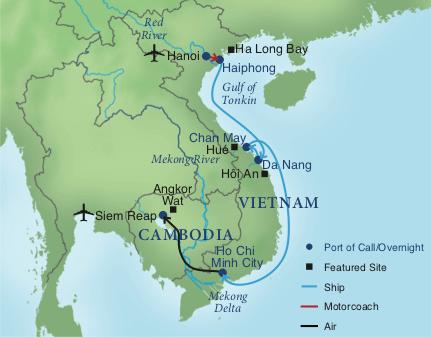 Discover the mystique of ancient traditions and many World Heritage sites as you cruise along Vietnam’s coast, then spend three nights at Cambodia’s Angkor Wat.

Treasures of Vietnam: A Tailor-Made Journey