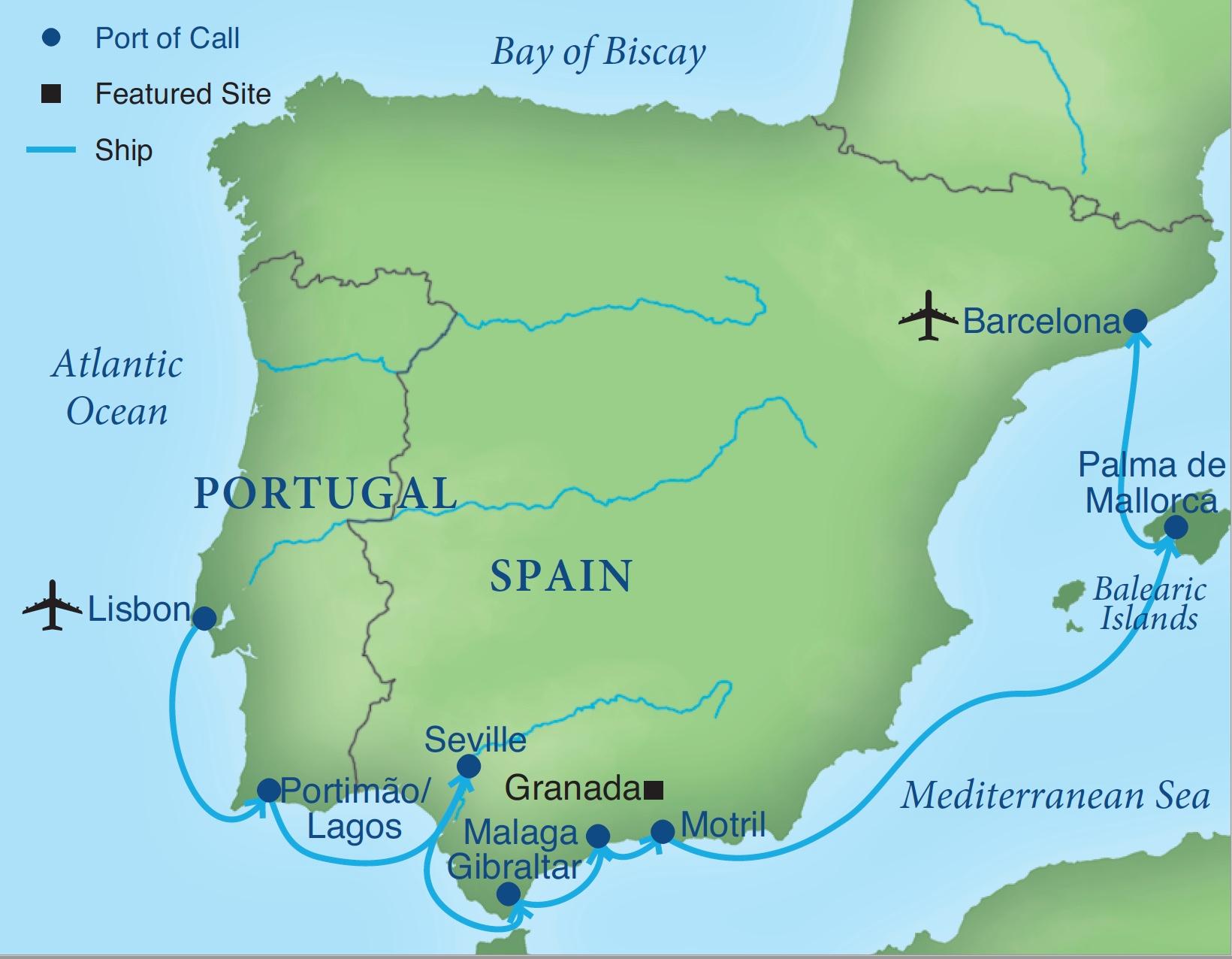 Next autumn, board a sleek yacht to trace the cultural highlights of Iberia’s historic trade routes along the southern shores of Portugal and Spain. Discover World Heritage sites and other important cultural treasures as you cruise from Lisbon to Barcelona.