Join Smithsonian Journeys for a week at the 80th annual Venice Film Festival, enjoying special access to screenings and events and soaking up the ambiance of the world’s oldest film festival against the backdrop of magical Venice.

Smithsonian at the Venice Film Festival

Join Smithsonian Journeys for a week at the 80th annual Venice Film Festival, enjoying special access to screenings and events and soaking up the ambiance of the world’s oldest film festival against the backdrop of magical Venice.

Film buffs take note: September 2023 marks the 80th annual Venice Film Festival—and you’re invited! The world’s oldest celebration of cinema began under Mussolini in the early 1930s and continues to premiere some of the best films in the industry today. Spend a week in magical Venice, immersed in the fabulousness of the festival, where an array of international films compete for coveted Golden Lion awards. Recent winners include Guillermo del Toro’s The Shape of Water, which went on to win the 2018 Academy Award for Best Picture, and Oscar contender Cate Blanchett for her role in Todd Field’s Tàr. Stay in an elegant hotel in the heart of historic Venice and set out for the Lido Island each day.

With your Venice Film Festival Industry Gold Pass, you’ll have special access to screenings and press events closed to the general public, and you can choose to see as many films as you wish. In the evenings, gather with your fellow cinephiles and your Smithsonian Journeys Expert for an enriching discussion of the day’s films accompanied by Italian wines and delightful Venetian cuisine. Cap off the experience with a visit to a costume designer’s workshop and a spectacular farewell in a private palace on the Grand Canal.

Depart on an overnight flight to Venice Marco Polo airport, and transfer to your hotel in Venice’s historic center upon arrival. In the evening, meet fellow travelers and your Smithsonian Journeys Expert for a welcome reception followed by a welcome dinner at a popular local restaurant. (R,D)

Start the day with an orientation to the festival and a primer on how to get around Venice. Then, with your Industry Gold pass in hand, ride a vaporetto (water bus) across the lagoon to the Lido, the long, narrow island where the Venice Film Festival has been held since the 1930s. Film screenings take place every day between 8 am and midnight, and you are free to attend the screenings and other events of your choice. Each evening, your Smithsonian Journeys Expert will host an informal gathering to discuss the films of the day while enjoying local wine and Venetian specialties. (B,D)

Enjoy two full days to take in as many films as you can. Between screenings, take a walk along the seaside promenade or admire the Art Nouveau architecture of this 19th-century resort. Find a waterfront café for lunch and people-watching, and soak up the vibrant energy of the festival. In the evenings, meet up with your group for a discussion of the day’s films and a sampling of local wines, followed by dinner at a local restaurant. Then return to the Palazzo del Cinema for the nighttime screenings.

Following breakfast at the hotel, visit Nicolao Atelier, an artisan costume manufacturer known for the incredible period costumes designed for film and stage productions. Examine the fine workmanship on items from the company’s valuable collection—which numbers over 15,000 costumes. This afternoon is yours to explore Venice and its surrounding islands at your leisure, or head back to the Lido for more film-hopping. Enjoy dinner on your own this evening. (B,L)

Gather with fellow filmgoers to catch some of the final showings on this last day of the festival. Tonight, as actors and directors vie for Golden Lion awards at the closing ceremony nearby, celebrate your Venice Film Festival experience at a festive farewell dinner held in a private palace on the Grand Canal. (B,D)

After breakfast this morning, transfer to the airport for your flight home. (B) 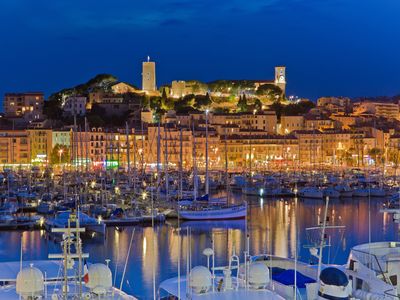