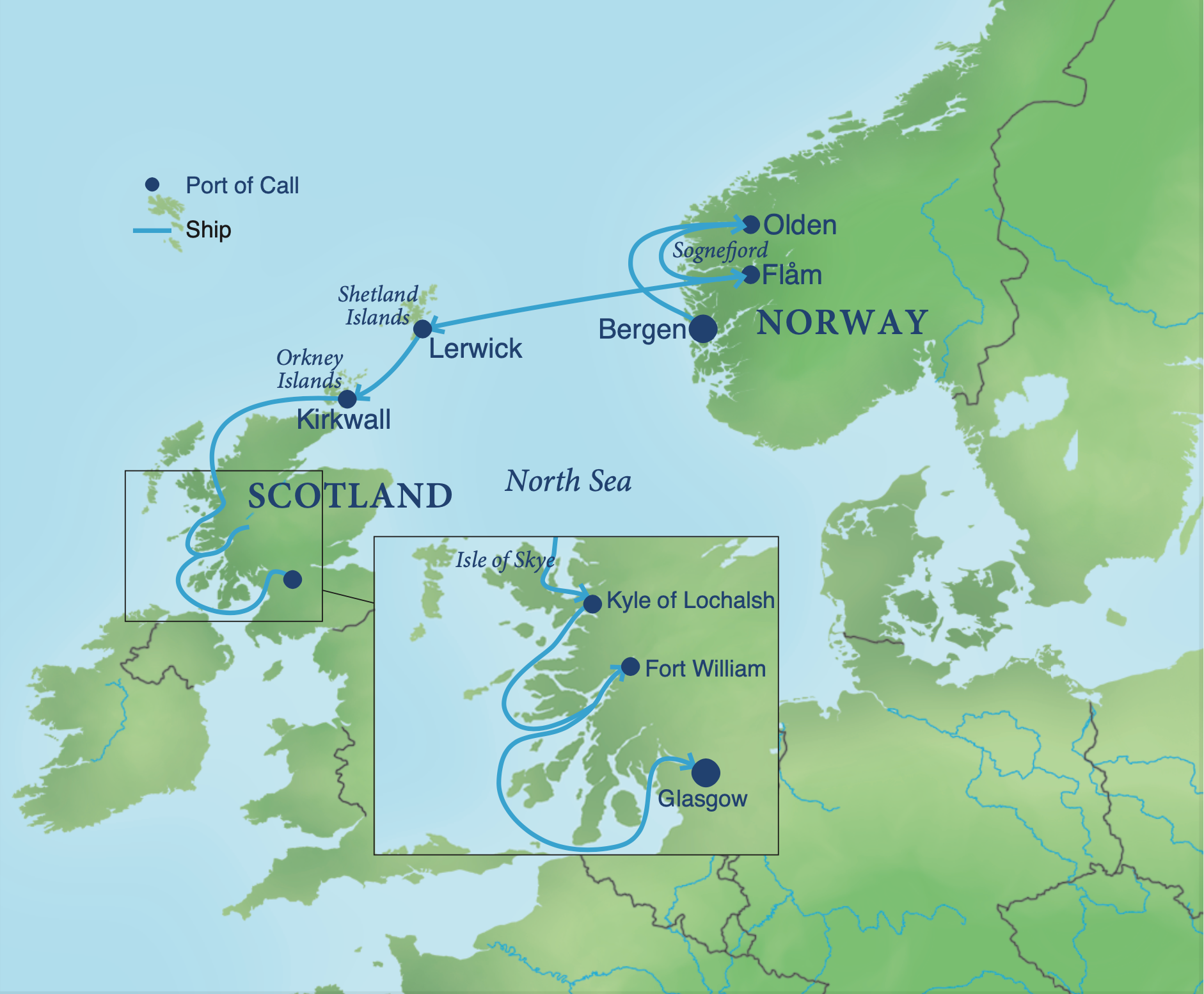 Located at the end of Byfjord, Bergen was the capital of Norway in the 12th and 13th centuries and has preserved much of its past. A veritable open-air museum, Bergen is also a vibrant cosmopolitan city, known for its artist colony of painters, potters, and jewelers.

Arrive at Bergen’s Flesland Airport, where you will be met and transferred to the Hotel Norge by Scandic. Check-in time is 2:00 p.m.  A local representative will be present at the hospitality desk in the afternoon to welcome you and answer any questions you may have. Join your fellow travelers for a welcome cocktail reception this evening. Dinner is independent and at your leisure.

After breakfast at the hotel, join a morning excursion that includes a visit to the Fantoft Stave Church, originally built in 1150 and reconstructed after a fire in 1992 exactly as it was in the 12th century. You will also tour Troldhaugen, once the summer home of composer Edvard Grieg and now a museum and concert venue. Following lunch at a restaurant back in Bergen, enjoy a guided walking tour of Bryggen, the old waterfront wharf, a reminder of the town’s importance as part of the Hanseatic League’s trading empire from the 14th to the mid-16th century and now a UNESCO World Heritage site. You will have some free time to browse the shops before transferring to the pier to embark Le Dumont-d’Urville in late afternoon.

Hotel Norge, first opened in 1885, was completely renovated in 2018. Located in the center of the city, it is within walking distance of the Festplassen and several nearby restaurants. It has a modern, informal, and international atmosphere. The hotel has 415 rooms that boast floor-to-ceiling windows, and it features a lobby bar, a café, and a fine-dining restaurant.