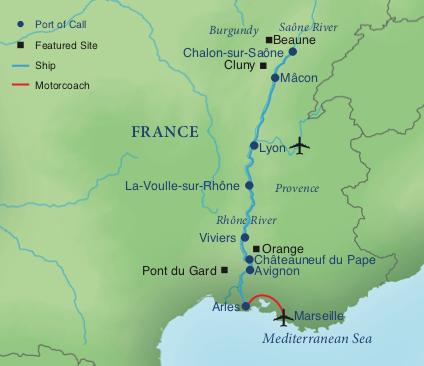 Feel the essence of sun-drenched Provence as you cruise along the Rhône and Saône  Rivers from Lyon north to Chalon-sur-Saone and then south to Arles. Trace the history of the Romans in southern France, hear stories of medieval popes, savor Burgundy and Beaujolais wines, and visit many World Heritage sites.