Savor the enchanting Italian Riviera during a week in beautiful Sestri Levante, and set out on day trips to discover northern Italy’s highlights, from Lucca and the Cinque Terre to the World Heritage-listed Piedmont wine region.

Savor the enchanting Italian Riviera during a week in beautiful Sestri Levante, and set out on day trips to discover northern Italy’s highlights, from Lucca and the Cinque Terre to the World Heritage-listed Piedmont wine region. 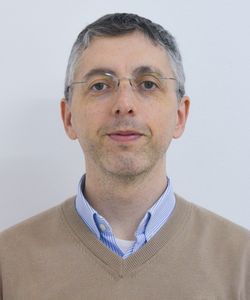 Luca Zavagno graduated from the University of Venice (2002); he obtained his Ph.D. (2007) at the University of Birmingham with a dissertation on the society, economics and politics of Byzantine cities in the early middle ages. He is Assistant Professor of Byzantine Studies in the Department of History at Bilkent University where is currently working on his third monography entitled Beyond the Periphery. The Byzantine Insular World between Late Antiquity and the Early Middle Ages (c.a. 600–c.a. 900) (ARC-Medieval Press).

Dr. Zavagno is the author of many articles on the early Medieval and Byzantine Mediterranean, as well as two monographs: Cities in Transition: Urbanism in Byzantium Between Late Antiquity and the Early Middle Ages (British Archaeological Reports-International Series, 2009) and Cyprus between Late Antiquity and the Early Middle Ages. An Island in Transition (Routledge, 2017). He co-authored (with Özlem Caykent) the edited volumes Islands of Eastern Mediterranean. A History of Cross Cultural Encounters (I.B. Tauris, 2014) and People and Goods on the Move. Merchants, Networks and Communication Routes in the Medieval and Early Modern Mediterranean (IMK, 2016).

He was also twice awarded the Dumbarton Oaks Summer Fellowship (2011 and 2016) as well as the prestigious Stanley Seeger Fellowship of the Hellenic Studies Center at Princeton University (2012). Janetta Rebold Benton is the Distinguished Professor of Art History at Pace University, New York. She has lectured for many years at the Smithsonian and the Metropolitan Museum of Art and has served as the speaker on trips worldwide for both institutions. A former resident of Paris, she was Visiting Professor in the graduate school of art history at European University in St. Petersburg, Russia, and in the graduate school of art history at China Academy of Art in Hangzhou, on two Fulbright Senior Scholar Awards in 2012 and 2018. Sanjaya Thakur is associate professor and chair of the Classics Department at Colorado College, where he also holds the Judson Bemis Professorship in the Humanities.  Professor Thakur earned a B.S. from UCLA, double-majoring in Biology and Latin, two Master's degrees (Classical Studies and Classical Art/Archaeology) and a PhD from the University of Michigan.  He has led many study tours through Greece, Italy, and Spain and is an avid traveler.  He has held a number of national leadership positions in the field of Classical Studies, and currently is the chair of the Committee on Diversity in the Profession for the Society for Classical Studies.

Professor Thakur is the Director of the Classical Summer School at the American Academy in Rome (2021-23). He has published numerous articles, primarily on the literature and history of the age of Augustus, Rome’s first emperor. He teaches a wide range of courses on Greek and Roman history, Latin language and literature, ancient athletics, gender and sexuality in the ancient world, and Greek and Roman art and archaeology. He has also co-directed and organized am Associated Colleges of the Midwest seminar in advanced interdisciplinary learning (SAIL), entitled Mediterranean Trivium, based in Italy. Glenn R. Bugh is associate professor of Classical Studies and Byzantine History at Virginia Tech.  He holds a PhD from the University of Maryland and has been a fellow at the American School of Classical Studies in Athens; the Institute for Advanced Study at Princeton; the Center for Hellenic Studies in Washington, D.C.; and a research scholar at the Hellenic Institute for Byzantine and Post-Byzantine Studies in Venice, Italy. Professor Bugh served as the Summer Session Director of the American School of Classical Studies at Athens in 2000 and 2011, and was the Whitehead Visiting Professor at the American School in 2004-2005, where he offered a graduate seminar on “Venice and Greece.”  He has published numerous articles and two books entitled The Horsemen of Athens (Princeton University Press) and The Cambridge Companion to the Hellenistic World (Cambridge, 2006).  He also edited the revised edition of Kevin Andrews’ classic work, Castles of the Morea (Princeton, 2007).  He teaches courses on Greek language & culture and on Greek, Roman, Byzantine, Venetian, and Balkan history.  Professor Bugh has served as a lecturer on Smithsonian Journeys to Greece, Italy, the Adriatic, and the Black Sea since 1984 and has offered seven Smithsonian Associates seminars since 1998.  He served as Chairman of the Council of Member Institutions of the American Research Center in Sofia, Bulgaria from 2004-2014.  Professor Bugh has also been a frequent teaching faculty at Virginia Tech’s Charles Steger Center for International Scholarship in Riva San Vitale, Switzerland and in Spring 2014 at the University of Kent at Canterbury, UK.  He was the recipient of the Virginia Tech 2013 Alumni Award for Excellence in International Education, the highest award that the university gives in this area. 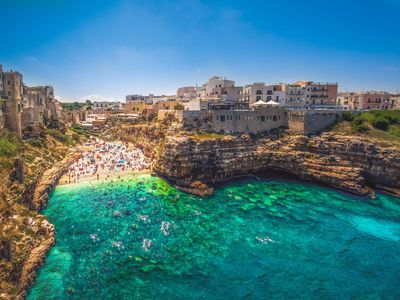 Northern Italy: The Lake District, Tuscany, and the Dolomites