From Milwaukee to Toronto 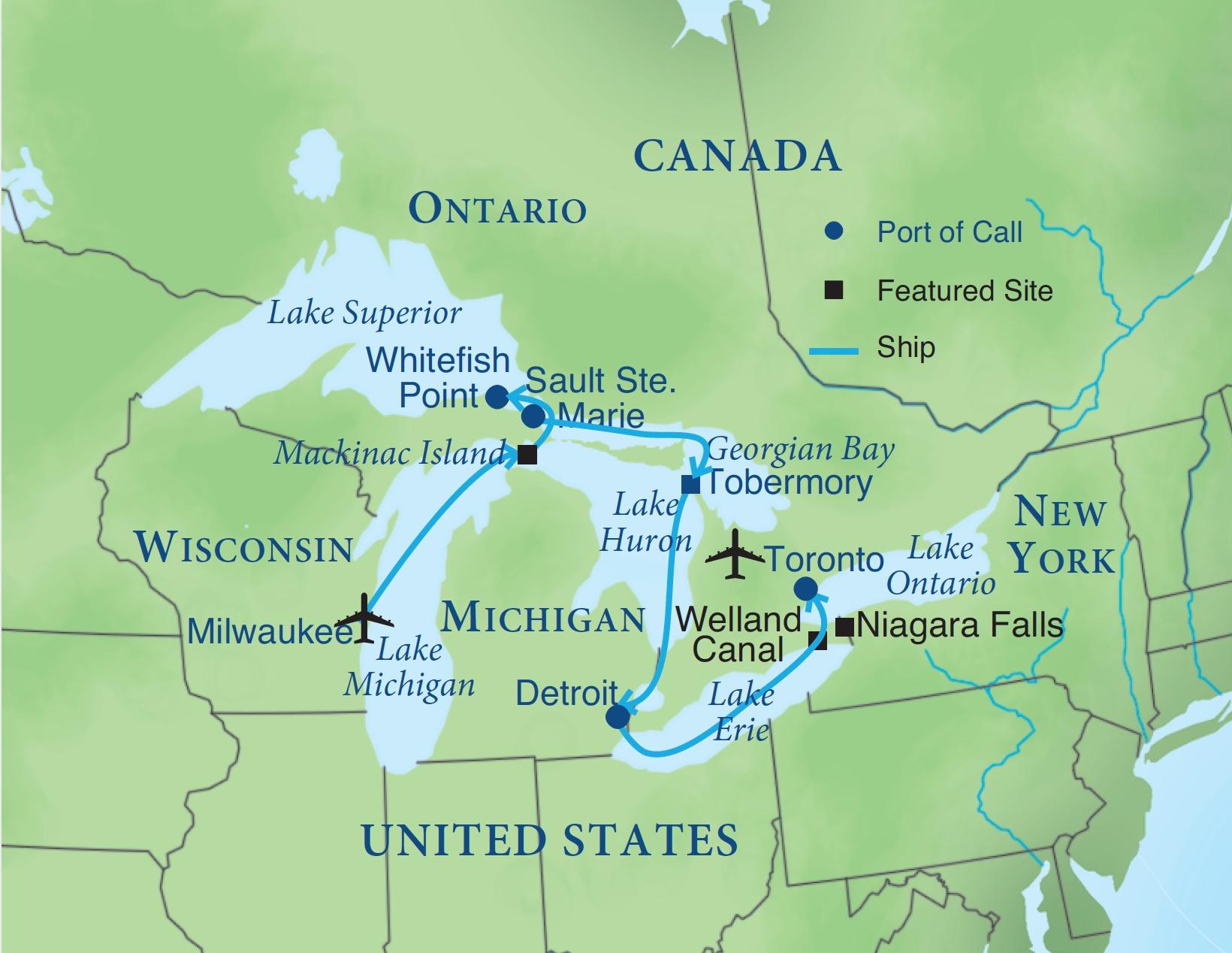 Rich with architectural treasures and world-class institutions that reflect its storied history, vibrant Milwaukee is the perfect prelude to your Great Lakes cruise. Enjoy a downtown walking tour where shimmering steel and glass high-rises share the skyline with 19th-century buildings from Milwaukee’s early heritage, discover the meticulous architectural preservation of the historic North Point neighborhood, tour the impressive Milwaukee Art Museum, designed by Santiago Calatrava and located on the shores of Lake Michigan, and visit the Neo-Renaissance Saint Josaphat Basilica.

A major center of Great Lakes history, culture, and commerce, Toronto is one of North America’s most cosmopolitan cities. Enjoy walking tours of the historic St. Lawrence District and the Distillery District. Visit Fort York, home to seven original War of 1812 buildings, and Casa Loma, a spectacular Gothic Revival mansion. Take in panoramic views during a specially arranged lunch at CN Tower’s 360-degree revolving restaurant and tour the Art Gallery of Ontario, noted for its superb Canadian Collection and masterpieces of European Art.

Arrive in Milwaukee, Wisconsin, and embark the ship. (R,D)