Experience an astonishing sweep of Mediterranean history as you sail from the Greek Isles to Malta, encountering prehistoric sites, ancient Greek and Roman ruins, stunning baroque towns, and no less than seven World Heritage sites.

Experience an astonishing sweep of Mediterranean history as you sail from the Greek Isles to Malta, encountering prehistoric sites, ancient Greek and Roman ruins, stunning baroque towns, and no less than seven World Heritage sites.

Set sail across the Aegean and Ionian Seas, discovering sites that span almost six millenia—from the prehistoric megaliths of Malta to the temples of the ancient Greeks to the early Christian sites on Patmos and beyond. Experience World Heritage sites in almost every port of call, including historic monasteries, the archaeological sites of Delphi and Olympia, the megalithic temples of Malta, and the gem-like Sicilian towns of Ortigia and Noto. Sample wines and specialties from local producers, and enjoy a final evening at leisure in the spectacular port of Valletta.

Arrive in Athens, and transfer to the port of Piraeus. Settle into your cabin late this this afternoon and take to the Aegean Sea, sailing southeast toward the Dodecanese Islands. (D)

The rocky island of Pátmos is infused with early Christian history and lore thanks to St. John the Evangelist, who had visions while exiled here in the first century and recorded them in the Book of Revelation. Embark on a tour of the World Heritage sites associated with the saint, including the Monastery of St. John, an active place of worship that is home to an incredible collection of Byzantine art. Continue to the Cave of the Apocalypse and its lovely whitewashed chapel, and see the rock grotto where St. John lived and received the visions of the Apocalypse. Or set out on a photography excursion, capturing images of the labrynthine lanes of Chora, an age-old village of whitewashed homes and arched alleyways. Then head to Diakofti to photograph the mystical rock of Petra and picturesque boatyards at the edge of the turquoise sea. (B,L,D)

Just off the coast of the Peloponnese lies Hydra, long a retreat for Greek and international celebrities. Hydra maintains its traditional character—in part because cars are not permitted and donkeys provide transportation. Begin your tour at the Historical Archives Museum, an elegant mansion where manuscripts, paintings, rare books, and photographs detail the maritime and military history of the island. At the Church of the Dormitian, see icons and other offerings from wealthy seafarers—including a chandelier that is said to have been stolen from Louis XIV. A short climb brings you to Koundouriotis Mansion, a splendid example of the island’s traditional stone architecture. Built in 1780, it now houses traditional costumes, jewelry, fine embroideries, pottery and woodcarvings as well as family heirlooms.  Enjoy a leisurely stroll back to the port, stopping for a coffee or a taste of a traditional amygdaloto sweet on the promenade. Later this evening, enjoy a thrilling cruise through the Corinth Canal, a 70-foot wide conduit between the Aegean and Adriatic flanked by vertical cliffs and navigable only by small ships. (B,L,D)

Go ashore at Itea, a small port on the Gulf of Corinth on mainland Greece. From here, set out on your chosen excursion to the World Heritage sites of Delphi or St. Lucas Monastery. Delphi was considered the center of the Greek world in the 6th century B.C., when Greeks of all classes flocked to this sacred ground to consult the high priestess of the Temple of Apollo on matters as routine as farming and as monumental as the declaration of war. Follow the Sacred Way to the Temple of Apollo and see the temple’s marble Altar of the Chians, where both the common and the mighty awaited the oracle’s pronouncements. Visit the Delphi Archaeological Museum, and enjoy free time in the town of Delphi. Or head to the walled St. Lucas Monastery, a spectacular monument of Middle Byzantine architecture and art. Continue to Arachova, on the northern slopes of Mount Parnassos, and get a sense of local life as you explore this quaint village where traditional textiles, wines, and cheeses are produced. (B,L,D)

Dock at Katakolon and journey inland to Olympia, the site of the first-ever Olympic Games in the 7th century B.C. Discover the ruins of altars and temples where atheletes and organizers made offerings to the gods, including  the Temple of Hera, an early Doric building where garlands were prepared for the winners. See the 16 statues of Zeus, funded by fines imposed by Olympic judges on cheating competitors, and visit the stadium, which once seated 40,000 spectators. At the Olympia Museum, get a closer look at original sculptures and artifacts that adorned the site’s temples.  (B,L,D)

Cross the Ionian Sea to Sicily, and anchor at Syracuse, an ancient city once so powerful it rivaled Athens and Rome. Follow in the steps of Aeschylus and Archimedes as you explore the archaeological park, which includes a Greek theater and one of the world’s largest Roman amphitheaters. Enter the Ear of Dionysius cave and and see the extraordinary collections of the Paolo Orsi Archaeological Museum. Continue to the World Heritage-listed island of Ortigia, and delve into its mythology and history as you explore temples and stunning piazzas. Venture into the Duomo, or cathedral, a 5th-century temple to Athena that was later transformed into a baroque basilica. Your guided tour concludes at the beautiful Fountain of Arethusa, a seaside spring imbued with ancient legends. Alternatively, spend the afternoon discovering the World Heritage site of Noto, a gem of Sicilian baroque architecture and 18th-century urban planning built after the ancient town was destroyed by an earthquake. Stop at a favorite local shop for a gelato or a granita at the end of the day. (B,L,D)

Just north of the main island of Malta, tiny Gozo is a harmonious combination of limestone villages, megalithic sites, lush valleys, and cultivated fields. Take in views of the island from the belvedere at Qala, then visit the village of Xewkija, where craftsman and masons produce Malta’s iconic golden stone. Enter the Rotunda of St. John the Baptist, home to one of the world’s largest unsupported domes. Continue to the Ta’ Mena winery to sample locally produced wines and typical Maltese snacks while overlooking the hills and coastline of Gozo. Or choose to take an island tour that includes the megalithic Ggantija Temples, a World Heritage site that predates Stonehenge. At Dwejra, admire views of the inland sea and Fungus Rock, then continue to the capital city of Victoria to visit the medieval basilica and the Gozo Museum of Archaeology. This afternoon, arrive in Valletta, another World Heritage site, and enjoy time to explore as the ship remains docked overnight. (B,L,D)

After breakfast, disembark in Valletta and transfer to the airport for your flight home. (B) 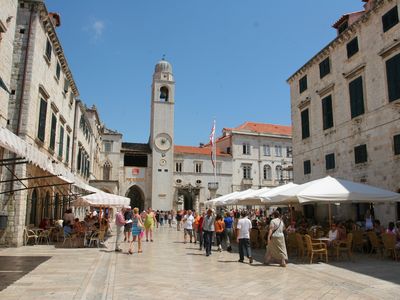 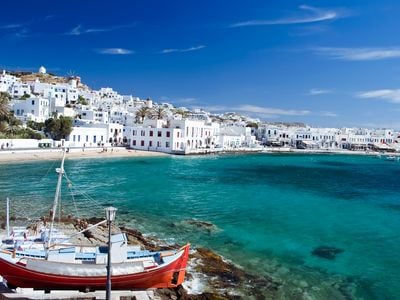