The Scottish Highlands encompass some of the most romantic and storied landscapes in the world. Famous for their rugged beauty, they are also home to a vigorous Gaelic pride and the site of many battles in the struggle for autonomy from England. This program provides an introduction to all of these aspects of Highland culture, as well as a tasting of local whisky, without which any visit to the region is incomplete.

After breakfast aboard and disembarkation, board your motorcoach for a leisurely journey to Inverness. Begin with a panoramic tour of Glasgow, including Georgian Blythswood Square, the impressive façade of the University of Glasgow, the quiet residential area of Hyndland—home to several noted authors, poets and actors—and the Riverside Museum, where you can see ships plying their trade on the river Clyde as they have done for millennia. Leave Glasgow and drive northwards through the beautiful scenery of Trossachs National Park to Loch Lomond, the largest freshwater lake in Britain, where your guide will regale you with stories of Rob Roy, the 17th-century Scottish outlaw made famous by Sir Walter Scott. Continue to picturesque Glencoe, situated in a steep-sided valley known for its waterfalls and impressive mountain peaks, where you pause for lunch, before visiting the award-winning Glencoe visitor center to learn more about the history and geology of this region.

As you continue northward through the wonderfully scenic Great Glen, you pass by Ben Nevis, the highest mountain in the British Isles, and stop briefly at the Commando Memorial, dedicated to the men of the British Commando Forces whose training depot the memorial overlooks. Follow the route of the Caledonian Canal, built in the early 19th-century to connect Scotland's east and west coasts, pausing at the small town of Fort Augustus, on the southern tip of Loch Ness, before continuing along the shores of this legendary home of the Loch Ness Monster to Inverness. On arrival in Inverness, check-in to the Best Western Inverness Palace Hotel, your home for the next two nights. Dinner is independent and at your leisure.

After breakfast at the hotel, a short drive across the Moray Firth and through the countryside brings you to the Glen Ord Distillery, where the famous Singleton single malt whisky is made. A guided tour of the facility and a nosing and tasting led by an experienced whisky sommelier is followed by time to explore the distillery's exhibition area or browse their gift shop. Returning to Inverness, enjoy a guided walking tour of this 'capital of the Highlands'. Explore Inverness Cathedral, also known as the Cathedral Church of St. Andrew, and stroll along the River Ness toward the city center, for splendid views of Inverness Castle. Your guide will explain the legend of the encounter between a saint and a water monster that continues to attract visitors to the region, and as you walk up Church Street, lined with many grand buildings, you will also learn about the Jacobite uprising and its end in 1746 at the battle of nearby Culloden Moor.

Reaching the top of Castle Hill, you will enjoy a brilliant view of the River Ness and hear the history of the castle, of Mary Queen of Scot’s visit to Inverness, and of Flora MacDonald, the Highland heroine who saved the life of Bonnie Prince Charlie by disguising him as a maid. Your walking tour ends at the Inverness Museum and Art Gallery, where you can discover more of the fascinating history and culture of the city of Inverness and the Scottish Highlands as you browse the museum's exhibits celebrating Highland life. The remainder of the day is at leisure, with independent lunch and dinner.

After breakfast at the hotel and check out, transfer to the airport for flights homeward.

Inverness Palace Hotel is Inverness’s newest 4-star hotel, combining the best of the past with the contemporary style of the present.  The building was designed by Ross & MacBeth and opened in 1890. It is a Baronial-style three-story building, with two conical-roofed towers, connected by an arch. Each room is individually styled, combining traditional period features with the comfort of modern living. Elegant modern fabrics and sophisticated finishes decorate the rooms, which feature grand high ceilings and large windows offering fabulous views. There is a Spa and Wellness Center on the property, as well as two restaurants. 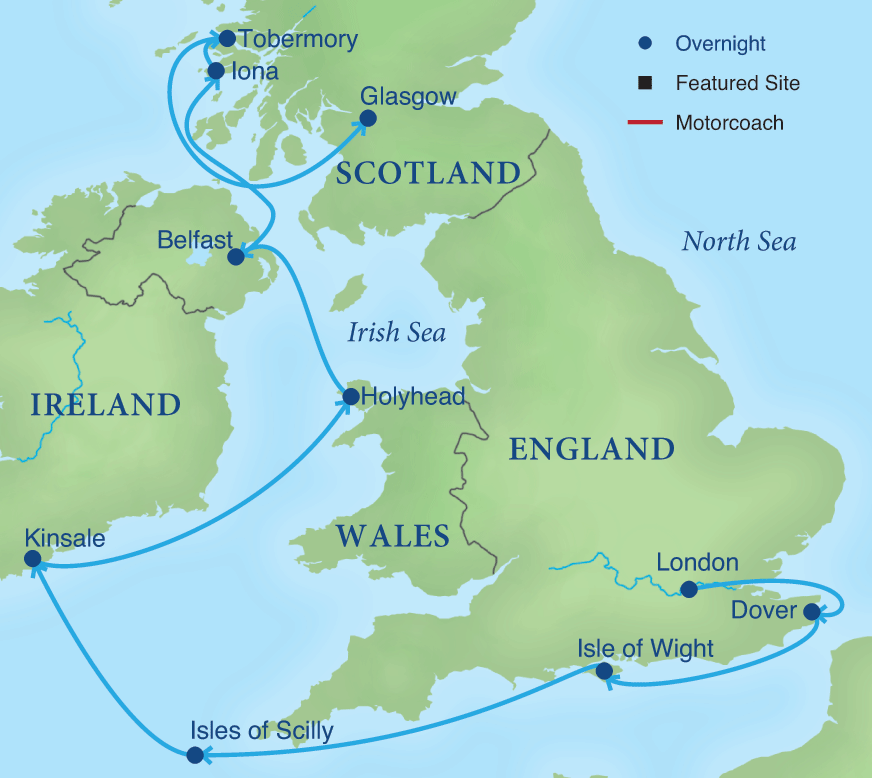