Experience two of Alaska’s great treasures—its unspoiled wilderness and its rich cultural heritage—on a journey that will have you hiking in Denali, spotting wildlife while cruising the Prince William Sound, and getting acquainted with Alaska Native cultures in Anchorage.

A Stay in Anchorage and Denali National Park

Experience two of Alaska’s great treasures—its unspoiled wilderness and its rich cultural heritage—on a journey that will have you hiking in Denali, spotting wildlife while cruising the Prince William Sound, and getting acquainted with Alaska Native cultures in Anchorage. Carl Schreier was born and raised in the Yellowstone and Grand Teton country of the Northern Rockies, where his grandparents homestead at the turn of the nineteenth century. He studied wildlife habitats, geology, botany and journalism at the University of Montana and completed further wildlife studies in East Africa. He has consulted for most of the recent US Presidents and foreign diplomats in the field of natural resources. In addition, he is the founder and publisher of Homestead Publishing, located in Jackson Hole, WY and San Francisco, CA. He is the author of more than 20 books, including, A Field Guide to Wildflowers of the Rocky Mountains and Banff-Jasper Explorers Guide and the recipient of national book and screen awards. 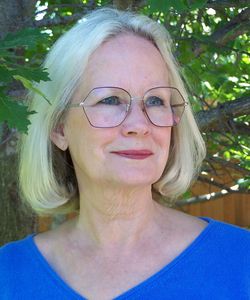 Sharon Hudgins is an award-winning author, a former university professor, and a professional journalist. A seasoned traveler with a sense of adventure, she has lived in 10 countries on 3 continents, traveled through 55 countries across the globe, and logged more than 45,000 miles on the Trans-Siberian Railroad. After completing a bachelor's degree in at the University of Texas, she earned graduate degrees in Political Science at the University of Michigan and the University of Texas (Radio-Television-Film). She has taught at several major universities, including 18 years for the University of Maryland's education programs in Germany, Spain, Greece, Japan, Korea, and Russia.

She is the author of 5 non-fiction books and editor of others, including Food on the Move: Dining on the Legendary Railway Journeys of the World. As a journalist and independent scholar, she has published more than 1,000 articles on history, travel, culture, and food, in magazines, newspapers, academic journals, and books, including several entries in Oxford encyclopedias. She has also been a lecturer on numerous tours to Alaska, Eastern and Western Europe, and Russia, including expedition cruises to the North Pacific (Alaska, Kamchatka, and the Kuril Islands). She enjoys lecturing on subjects as diverse as Alaskan history, Native Alaskan cuisine, and the life and lore of reindeer. 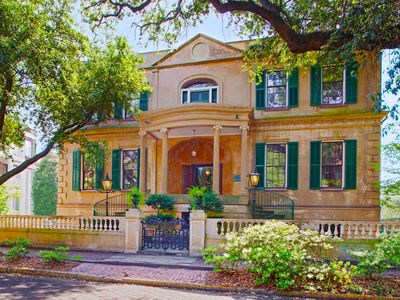 Alaska: A Tailor-Made Journey along the Alaska Railroad Bryce, Zion, and the Grand Canyon