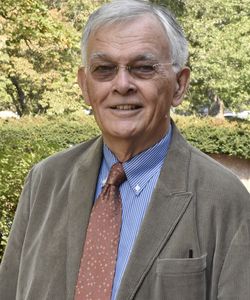 Wilfrid Rollman holds a Ph.D. in history from the University of Michigan with specializations in North African, Middle Eastern and Islamic history, religion, politics, and culture. He has taught courses in these areas, global history, and the history and culture of the western Mediterranean in the History Department at Wellesley College and in the Department of International Relations at Boston University. He has lived for extended periods of time in the Middle East, France, and North Africa. For a number of years he has also taught courses in the Writing Program and in the Religion Department at Wellesley.  He was a co-director (1999-2015) of the Wellesley Wintersession Program in Morocco. Over the past twenty years, he has worked extensively with organizations such as the Smithsonian Institution and the Santa Barbara Museum of Art on educational outreach and travel programs on the history, art, and cultural of Iberia, North Africa, the Mediterranean region and the Middle East. He is now a Senior Lecturer at the Pardee School of Global Studies at Boston University and a Visiting Professor at Harvard University where he teaches courses on the Middle East and North Africa. He has frequently been guest lecturer at universities and colleges in the Boston area, has presented papers at numerous professional conferences in the U.S. and abroad, and continues to develop and present continuing education programs for older adults at venues such as the Sherborn, MA, Council on Aging and Linden Ponds Retirement Community in Hingham, MA .  Professor Rollman has published on the history and historiography of North Africa and its relations with Europe. He is currently completing the translation and critical study of an Arabic memoir on nineteenth and early twentieth century Morocco. Professor Rollman and his wife Barbara live in Arlington, Massachusetts.


From Imperial Cities to the Sahara
Tour Details ››