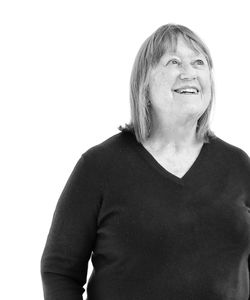 Nancy Harmon Jenkins is a widely recognized authority on Mediterranean cuisines, the Mediterranean diet and its consequences for good health, extra-virgin olive oil and its qualities, and (to her own surprise) on ancient Egyptian maritime technology. She is the author of many books, the latest of which is a collaboration with her daughter, Chef Sara Jenkins: The Four Seasons of Pasta (Avery Books, 2015). Also in 2015, she published Virgin Territory: Exploring the World of Olive Oil (Houghton Mifflin). Nancy has written countless newspaper and magazine articles on Italian cuisine for the likes of The New York Times, The Wall Street Journal, Food & Wine, and Bon Appetit; and she is a frequent commentator on radio and television programs, including for NPR’s The Splendid Table, Good Food, and All Things Considered, and for the BBC’s The Food Programme. Nancy has lived, worked, cooked, traveled, gardened, and raised two children in many parts of the Mediterranean, from Madrid to Beirut and back, with a long stay in Italy where she spends as much time as possible on her family’s Tuscan farm and olive oil retreat. When she’s not in Italy or traveling the world, she lives in a small town on the coast of Maine.