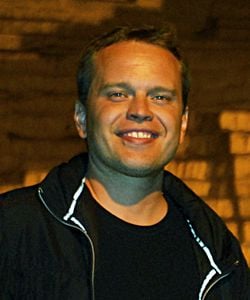 Matt Sayre is an anthropologist and archaeologist who specializes in the past cultures of the Central Andes. His primary fieldwork is at the UNESCO World Heritage site of Chavin de Huantar, where he has worked since 2002. His work focuses on the ecological, agricultural, economic, and ritual practices of Andean peoples. He is currently an Associate Professor of Anthropology and Department Chair at High Point University. Prior to working in North Carolina he was an Associate Professor at the University of South Dakota and was a Post-doctoral Fellow at Stanford University. He completed his M.A. and Ph.D. in Anthropology at the University of California at Berkeley and his B.A. in Latin American Studies and Anthropology at the University of Chicago. In the summer of 2014 he was a visiting scientist at the Smithsonian Tropical Research Institute in Panama. He has previously conducted fieldwork in Colombia, Ecuador, Turkey, Spain, and Peru.

Dr. Sayre has published numerous articles and book chapters on Andean Archaeology. His work has been published in Andean Past, Ñawpa Pacha, Culture, Agriculture, Food, and Environment,, the McDonald Institute for Archaeological Research / British Institute of Archaeology at Ankara, and Left Coast Press. His recent book, Social Perspectives on Environmental Archaeology, was co-edited with Dr. Maria Bruno. His research has been supported by the National Science Foundation, the Global Heritage Fund, the South Dakota Humanities Council, and the Andrew W. Mellon Foundation.