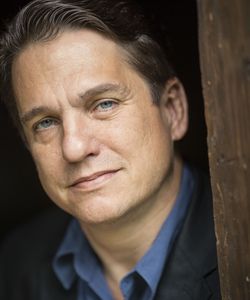 Keith Lockhart is currently Conductor of the Boston Pops and Artistic Director of the Brevard Music Center in North Carolina.

Now in his twenty-seventh season, he has served as Conductor of the Boston Pops since 1995, a tenure that includes over two thousand performances, forty-three national tours to more than 150 cities, and four international tours. His tenure as conductor is the second-longest in the history of the organization, founded in 1885. He and the Pops have made eighty-six television shows and sixteen recordings and participated in such high-profile sporting events as Super Bowl XXXVI, the 2008 NBA finals, the 2013 Boston Red Sox Ring Ceremony, and, most recently, Game 2 of the 2018 World Series between the Boston Red Sox and Los Angeles Dodgers. The annual July 4 Boston Pops Fireworks Spectacular draws a live audience of over half a million with millions more who watch on television or live webcast.

Keith is currently in his 15th season as Artistic Director of the Brevard Music Center summer institute and festival, continuing a relationship that began as a student there, nearly fifty years ago. The Brevard Music Center is one of America’s premiere educational institutions for high school and college-age musicians and presents seven intensive weeks of instruction and performance each summer.

From 2010-2018 Keith served as the seventh Principal Conductor of the BBC Concert Orchestra, followed by a two-year appointment as Chief Guest Conductor. Highlights of his tenure include three critically acclaimed North American tours, conducting annual performances at The Proms, and celebrating the orchestra’s 60th year in 2012. In June of that same year, he conducted the orchestra during Queen Elizabeth II’s gala Diamond Jubilee Concert, which was broadcast around the world.

In addition, Keith has conducted nearly every major orchestra in North America, as well as the Royal Concertgebouw Orchestra, the Deutsches Symphonie-Orchester Berlin, the Czech Philharmonic, the Vienna Radio Symphony, the NHK Symphony and New Japan Philharmonic in Tokyo, the Melbourne Symphony Orchestra, the London Symphony and the London Philharmonic, among many others. From 1998-2009 he was the Music Director of the Utah Symphony and led the orchestra during Opening Ceremonies of the 2002 Olympic Winter Games, and on its first tour of Europe in nearly three decades, in 2005. He has also served as Associate Conductor of both the Cincinnati Symphony Orchestra and the Cincinnati Pops Orchestra and Music Director of the Cincinnati Chamber Orchestra.

Born in Poughkeepsie, NY, Maestro Lockhart began his musical studies on piano at the age of 7, and holds degrees from Furman University and Carnegie Mellon University, as well as numerous honorary degrees. He lives in Newton, Massachusetts with his wife, attorney Emiley Lockhart, and their two sons.

Voyage Along the St. Lawrence: From Québec to the Canadian Maritimes

Q. You’ve been the conductor of the Boston Pops for over 25 years, with over 2,000 performances during your tenure. Tell us about one of your favorite performances of your career.
A. All told, I’ve probably conducted a total of around 4,000 performances over the last forty years, so it’s a little hard to pick favorites! One that really stands out for me is my first Fourth of July concert with the Boston Pops, in 1995, where I learned what it felt like to walk on stage in front of a half million people! Others include my first performances of Mahler’s monumental Eighth Symphony, with the Utah Symphony and the Mormon Tabernacle Choir, when I realized that, no matter how successful I was, I would have few chances in my life to be part of something so magnificent. And almost any performance during my tenure as Artistic Director of the Brevard Music Center in western North Carolina, because the thrill of making great music with young people, many of whom are reaching those heights for the first time, is unbelievable!

Q. What has been one of your favorite cities or countries to perform in, and why?
A. Boston, of course, is a great place in which to be a performer! There are great orchestras and passionate audiences in so many corners of the globe, though…Prague is a favorite destination, with my musical friends at the Czech Philharmonic. It’s hard to vote against Vienna as a musical destination, and my first time onstage at the Musikverein has to have been one of the most exciting moments in my career. And I love my musician colleagues in London, who are some of the funniest, most irreverent, and most talented players I’ve ever worked with. The audiences in Japan have a reverence for the music and respect for the performers that makes every concert feel like a religious experience. There…have I left anywhere out!

Q. Have you ever conducted on a ship before?
A. If you don’t count leading a Dixieland band (from the clarinet) on the Allegheny River just outside of Pittsburgh…then no! The closest I’ve come was supposed to happen in the Fall of 2020. We all know how that went! So glad I got a second chance…

Q. What is your relationship to the six musicians that will accompany you for the performances during the Symphony on the St. Lawrence cruise?
A. These six musicians are all excellent players but, perhaps more importantly, excellent people and great advocates for their art form. They are mostly artist faculty at Brevard Music Center, the summer institution that I have led since 2008. And it was very important that they all be married to each other (with the right instruments represented), so that I could fit as much music into our stateroom allocation as possible!

Q. Can you tell us about a piece of music that we can expect to hear on this cruise, and why you chose it?
A. The plan is to present music that resonates with the itinerary, and with the wonderful narrative that the Smithsonian will bring to these destinations. I expect we will explore the Franco-American connection in music, and the importance of the Canadian Maritimes as a world center for Celtic music. And sea shanties! We definitely will need songs of the sea! So, I’m thinking Gershwin’s “An American in Paris” (in a really wonderful four-hand piano arrangement), Dvorak’s Violin Sonatina (written in the States by a European composer who came here to help American music come alive), and “Blow the Man Down!” Is that wide-ranging enough?

Q. You were born in Poughkeepsie, New York. Have you been to the Canadian Maritimes before, or is it someplace you have always wanted to visit?
A. I honestly haven’t been back to Poughkeepsie in nearly 30 years, but I have lived in the Northeast for most of my life. In fact, I used to own a rustic retreat on the farthest down east coast of Maine, from which you could see the southernmost islands of New Brunswick. So, I am familiar with the topography of the place, and the character of the incredible people who inhabit it. But I’ve never been farther east or north than New Brunswick, and I’m excited to discover more.

Q. What other destinations are on your travel bucket list? Or what travel destinations are your favorites and why?
A. I’ve been lucky to be in a profession that has allowed me to travel all over the world, so most of the places still on my bucket list are places that aren’t known for classical music! I’d love to visit the islands of the South Pacific (actually, that’s my wife’s number one wish, but I’d be glad to tag along!). I’ve had the incredible experience of going to Africa on safari and sailing to remote parts of the Caribbean. I’d love to do both of those again, with even more respect and awe than I had the first time!

Q. What is your favorite Smithsonian museum, and why?
A. The Air and Space Museum, because I can remember going there as a kid, seeing the Spirit of St. Louis and the early space capsules, and feeling an overwhelming sense of the bravery and restlessness of humans. And the American History Museum, because my younger brother is a historian, and hanging out there on summer vacation was much better than spending it on old battlefields!