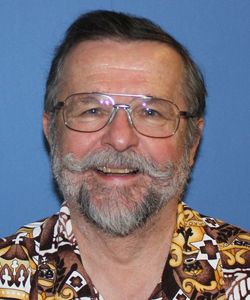 Charlie Urbanowicz has been traveling throughout the Pacific for more than 50 years.  In 1972, after completing his research in the Polynesian Kingdom of Tonga, he received the Ph.D. in Anthropology from the University of Oregon and began his teaching career at the University of Minnesota.  In 1973 Dr. Urbanowicz joined the Department of Anthropology at California State University, Chico, and retired in December 2009.  During his tenure at Chico he was recognized as one of the five "Master teachers" of the university.  Charlie has published several items in numerous professional journals and has chapters in all three volumes of the pioneering publication entitled Hosts and Guests:  The Anthropology of Tourism (1977, 1989, & 2001).  In addition to on-going Pacific research on Peoples and Cultures of the Pacific as well as World War II, since 2004 Charlie has made presentations on forty Pacific cruises including two Smithsonian Journeys through French Polynesia.

Charlie holds life membership in The Polynesian Society (University of Auckland) and is also a member of the Association for Social Anthropology in Oceania.  His Pacific travels and research has taken him to numerous island nations, as well as Australia, China, Chile, Ecuador, Japan, New Zealand, and Peru.