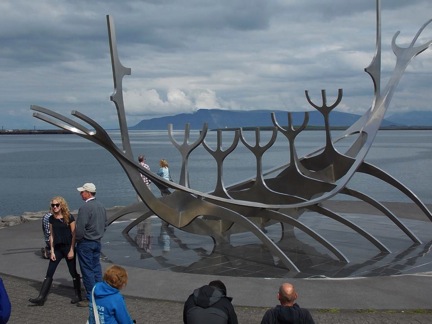 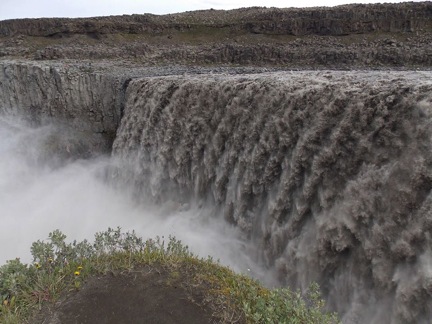 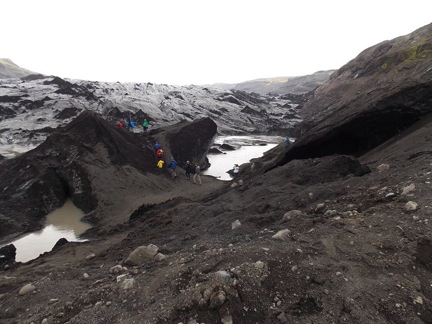 Our return to Reykjavík was highlighted by a visit to the geothermal area at Hvera Gerði, including the unusual glass floor at the shopping center that allowed us to peer deep into the fissure over which the building was constructed. We also drove through the geothermal wellfield where steam is collected for the Hellisheiði geothermal power plant. Back in the city we visited the highlights along the waterfront before enjoying an exquisite lobster bisque at a restaurant on the harbor. An afternoon talk by television personality Egill Helgason about the 2008 economic collapse rounded out the formal part of our Adventure in Iceland. In the evening, some people chose to go to a comedy show at Harpa, the beautiful concert hall on the harbor, while others went to the Blue Lagoon or explored the bustling night life of the city.

People spread out to visit the Settlement Museum, National Museum, Art Museum, Saga Museum, Blue Lagoon, City Hall, and shopping areas in the light drizzle of our free day in the city. Our farewell dinner at Einar Ben Restaurant, in the city center, not far from the hotel, was a fine, although bittersweet, ending to our Iceland adventure together.

Interested in seeing more of Iceland's natural treasures? Embark on your own Adventure in Iceland!