After finishing a three-day stay at our wonderful 13th century Norman farmhouse, La Rançonnière, and its exceptional cuisine, the Smithsonian travelers were excited to start for the trip’s final destination, Paris. After a quick stop at the picturesque fishing village of Honfleur, unfortunately under cloudy skies and light rain, we made a final pre-Paris stop at Monet’s home and gardens in Giverny, where the sun broke through the clouds for most of our visit and revealed the gardens at their spectacular best with flowering spring water lilies and raucous chorus of mating frogs at the famous water lily pond with its Japanese bridge. In the main garden the travelers were met with a glorious burst of multi-colored flowers which featured iris and roses, as well as a truly amazing variety of less familiar flowers. 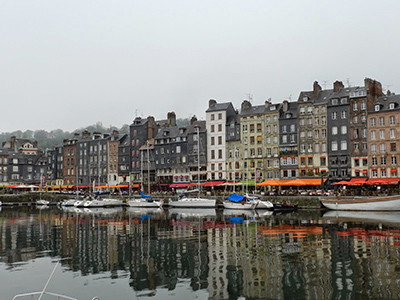 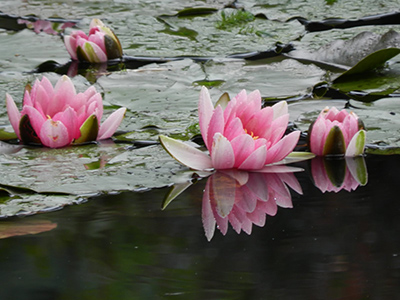 As we boarded the bus for the final step of our French trip, the rain and clouds that had accompanied us for most of our two-week adventure, rejoined us again as we approached the famous City of Lights, one of the most eagerly anticipated destinations for many of the travelers. At the Porte de Saint-Cloud, leaving the Boulevard periférique that circles the inner 20 arrondissements, to our surprise (since our Program Director had told us we would have our first view of the Eiffel Tower there), we saw only fog where the famous Parisian landmark should have appeared. 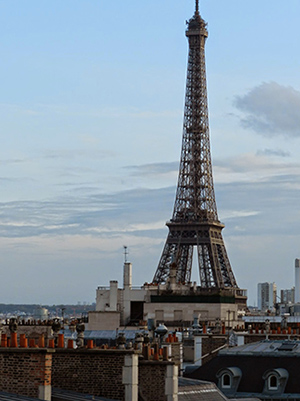 However, as we approached a little closer and saw the Seine River, the Tower began to emerge from its cloud cover. Although Catherine, our Program Director, joked that the mayor must have sold the tower, it finally appeared in all of its glory, and we were all reassured that we were indeed in the French capital.

The biggest surprise of our trip was not that the Eiffel Tower had disappeared, but that in fact, the Parisians were gone! OK, this might be a slight exaggeration, but the coincidence of the Catholic holiday of the Ascension and a bank holiday on the same day, produced a truly remarkable opportunity for the Smithsonian travelers to experience Paris with markedly smaller crowds, dramatically reduced traffic, and greatly enhanced views as they took a city bus tour and a riverboat ride on the Seine with the chance to take beautiful photographs, unobstructed by anyone other than their fellow tourists- thus, as these pictures reveal, a “Paris without Parisians,” made all the more beautiful by the reappearance of a brilliant sun to cap off our last full day in France. 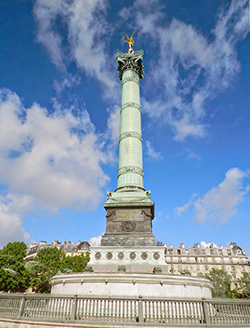 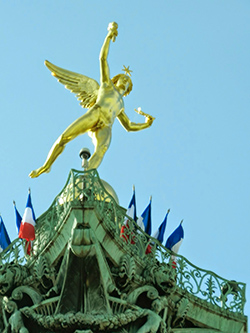