From Sarlat to Saumur

Following three days of a fascinating visit in the French Perigord, the Smithsonian travelers enjoyed a final tasty breakfast buffet in the beautiful yellow-limestone city of Sarlat, before boarding the bus for a day-long trip through south-central France to the Loire Valley, where their destination would be Saumur, formerly a Protestant stronghold in the 17th century until Louis XIV’s revocation of Henri IV’s Edict of Nantes.  Along the way, in addition to viewing the beautiful scenery as the countryside changed from mountains to rolling hills to the vineyards and levees along the Loire, the trip was broken by one dramatic and moving visit, a surprising lunch break, and several history-laden photo stops. 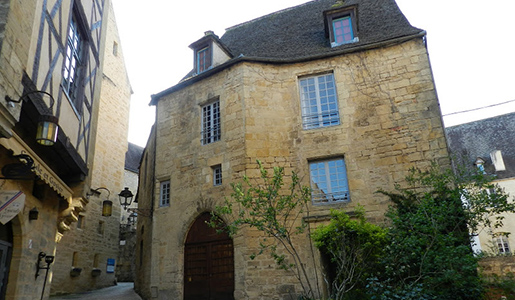 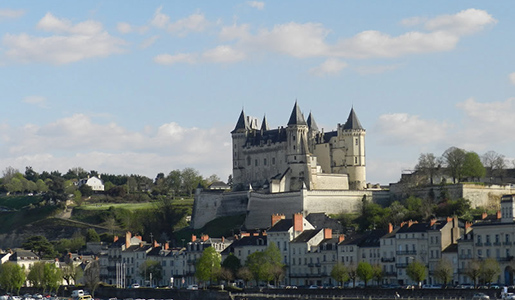 The Chateau of Saumur overlooks the Loire River. Photo courtesy of John Sweets.

The first stop was at the martyred town of Oradour-sur-Glane, where four days after the start of the D-Day Landings in Normandy, the German SS Division Das Reich sent elements of the Der Fuhrer regiment to destroy the little town of Oradour and murder 642 of its residents, approximately one-half of the pre-World War II population. Following the war, the residents of the town decided to keep the town just as it had been left by the Nazis as a memorial to commemorate the cost of the war and occupation to the country. The travelers were given a sense of what a French village of the late 1930s looked like, as tracks from the tramway to Limoges were preserved and the remains of houses were marked with the professions of their former owners, including some professions, such as sabotier (or wooden clog maker), that disappeared in the years following the war. The remains of the village church and the cemetery provided the most emotional memories of our visit. Family members of those killed on June 10, 1944 have left photographic images of their loved ones on top of family grave stones and below the memorial wall in the cemetery. The travelers left the martyred village after an emotional visit with a sensation of having walked on “sacred” ground.

Burned out car, left by Germans at Oradour-sur-Glane. Photo courtesy of John Sweets.

Our next stop provided a much lighter moment and a very surprising discovery in the heart of France. Lunch was at La Petite Fountain, a buffet style salad bar, located in a former medieval structure for grain storage. The building has been converted into a restaurant by a charming young couple from Scotland, whose restaurant also serves as a cultural center for the fairly substantial British community who live in the area and come into town on weekends to hear Irish and Scottish music at the bar and restaurant. After lunch we continued to the north with a detour to drive through the 17th-century planned community of Richelieu, named for the famous Cardinal Richelieu, chief councilor to Louis XIII. Our bus driver, Laurent, miraculously steered the bus safely between the walls of the narrow, arched entry and exit to the town and received well-deserved applause from the travelers, who by that time had grown accustomed to his virtuosity behind the steering wheel. 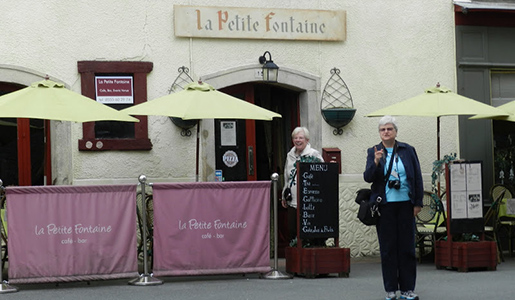 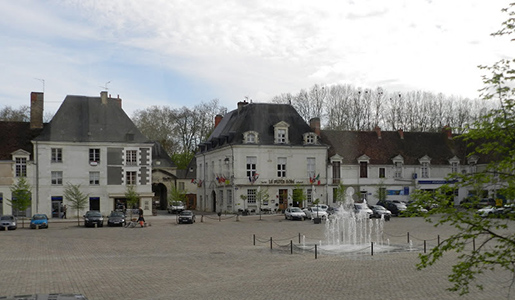 Before reaching our destination at Saumur, we made one final photo stop at Chinon on the Vienne River, where Joan of Arc had her first meeting with the Dauphin, soon to become Charles VII, King of France, after she led the French Army that escorted him to Reims in July 1429 for his coronation. The travelers had a beautiful view of the restored castle from the banks of the Vienne. From there we made our way to the banks of the Loire, crossing the river on a bridge with a beautiful view of the Chateau of Saumur, which to our surprise we discovered rising above the city just behind the hotel Anne d’Anjou, which was to be our base of operations for the next few days.

The Chateau of Chinon overlooks the Vienne River. Photo courtesy of John Sweets.

Read more about upcoming departures of our France Through the Ages tour here.