Another Kind of Peace

It is cold and sunny when we dock at Caen and begin the pilgrimage to D-Day. Crisp, clean air sharpens our anticipation of a visit to beaches where men poured out of ships to face the full arsenal of Nazi bunkers dead ahead, in a massive effort to change the course of war.

Traveling through the gently undulating countryside of Normandy, lush green fields belie the violence they have seen. The softly curved thatched roofs of farmhouses–half-timbered this one, the next a smooth pastel—sit warming in the morning sun. Narrow country lanes spread away from the road; thick green hedges mark small pastures dotted with sheep, cows.

The wind is strong and bracing, carrying away the silence. White paths lead to forbidding bunkers with slits that look to a sea once filled with thousands of boats and determined souls. What fear and awe must have filled those peering out! Jagged rods poke from the thick concrete that took the concussion of raining shells. Deep craters all around–now green, some flowering–betray the violence of exploding bombs. 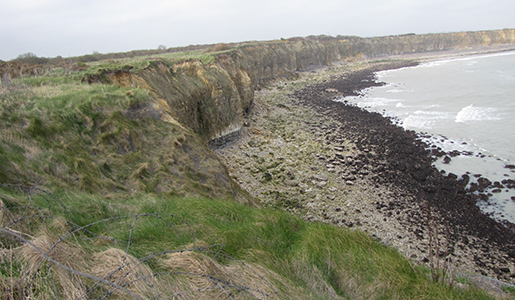 We reach the edge and view the impossible.  From where did they summon the courage to scale those forbidding cliffs?  From where, the strength to haul their heavy packs upward, hand over hand, on ropes left dangling by fallen comrades? 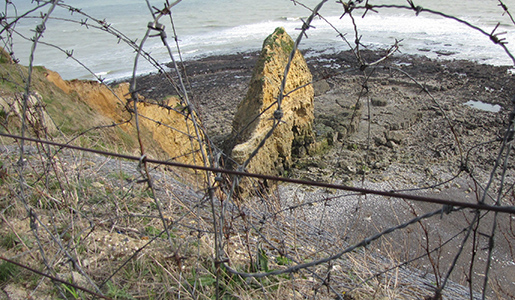 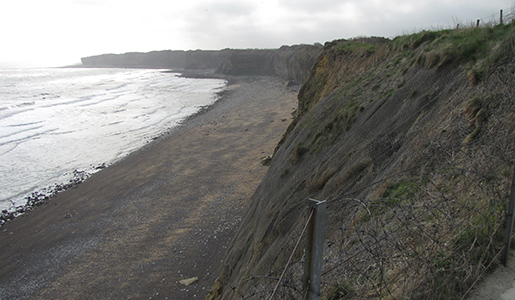 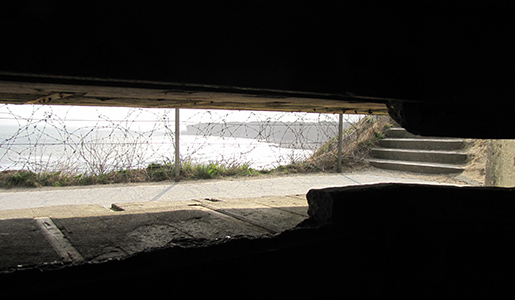 Like a vast lunar landscape, the broad beaches reach into the sea–no quarter here, no place to hide. We are told it was heavily strewn with mines, jagged ‘hedgehogs’, and other menacing obstacles–an eternity to cross with heavy gear. Today, the sea air is good, cleansing. 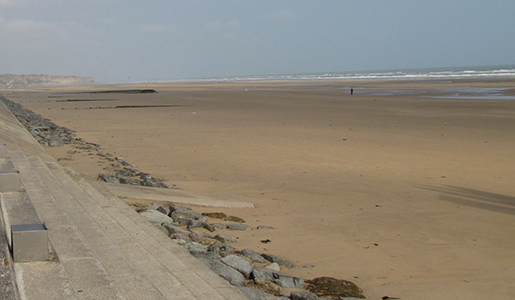 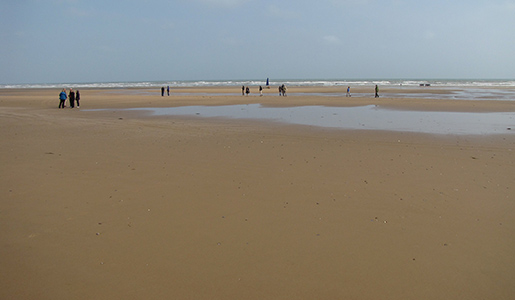 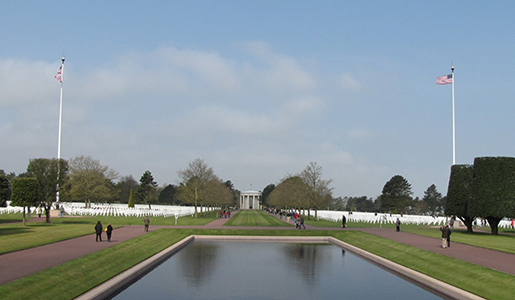 The American Cemetery and Memorial

The crosses and stars of David stretch before us, seemingly reaching to the sea that brought them here. So many singular lives, and yet together numbering only a fraction of those who perished on the beaches of Normandy. It is a different kind of peace one feels here–solemn but hopeful, somehow reassuring. 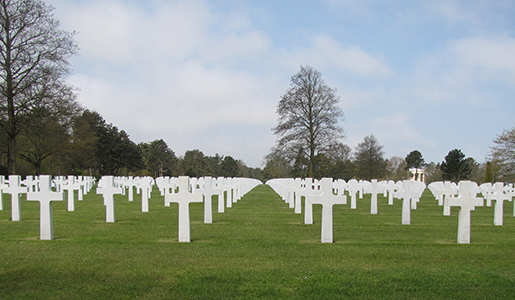 We walk to the stunning memorial, where some members of our group will place a wreath in a special ceremony. We listen quietly to the respectful tribute, then turn to face the flags flying high over the cemetery, for the national anthem and taps. 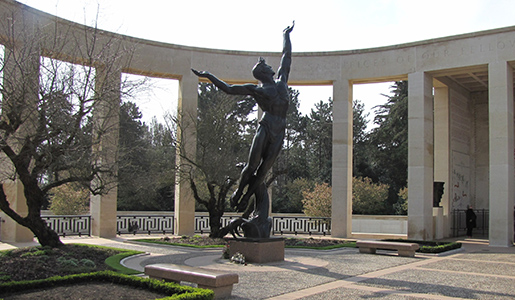 Finally, the veterans in the group are asked to step forward around the soaring statue. Surprisingly, there are many. And then we realize that they are survivors not of this war but of subsequent ones–Korea, Vietnam, Iraq, Afghanistan. This place is for all of them.