The Egalitarian Promenade of Washington, D.C. 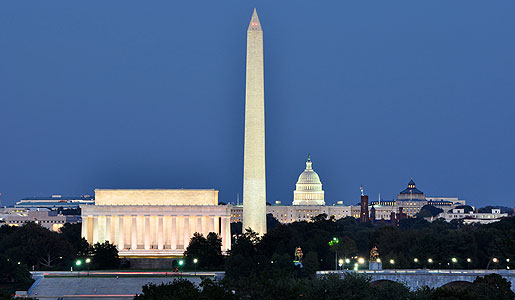 Washington, D.C. is such an iconic city that it is hard to imagine it not existing. But like all great cities, our nation’s capital was imagined, planned out and then built, and certainly not in a day.

In 1971 Pierre Charles L’Enfant, a Frenchman who fought in the American Revolutionary War and a comrade of George Washington's, was announced as the master city planner for the future capital. He envisioned a place that married grand European style with American ideals, a city designed for citizens who were were truly equal. In that light, he turned an area full of marshes, hills and working plantations into open public squares, wide avenues and formidable architecture. 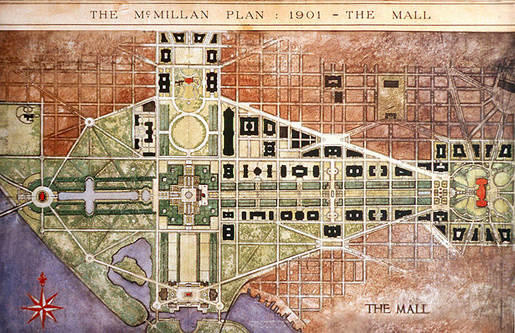 After surveying the land, L’Enfant came up with a very Baroque layout for the city. His plan called for ceremonial spaces and grand radial avenues, while respecting natural layout of the land. Thus, as his design took shape it became a system of diagonal avenues intersecting with and laid on top of a grid system. L'Enfant symbolically placed the Capital Building, the seat of Congress and therefore the people, on a high point of land, a location usually reserved in European city plans for the monarch's palace. The grid would begin and branch out from where the Capitol Building would be built. 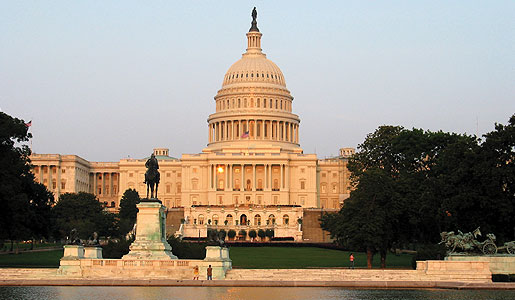 As L'Enfant biographer Scott Berg explained to Smithsonian Magazine, "The entire city was built around the idea that every citizen was equally important," Berg says. "The Mall was designed as open to all comers, which would have been unheard of in France. It's a very sort of egalitarian idea."

This was L'Enfant's vision, and a good one at that. However, he did not have popular support for his plans, in large part because his plan required the demolition of a number of high-ranking official's houses. L'Enfant eventually resigned his post, and at the time of his death in 1825 he had received no compensation, recognition or realization of his efforts. But a century later, the Senate organized a team of architects and planners to resurrect L'Enfant's original plan and finally bring his concept to life. 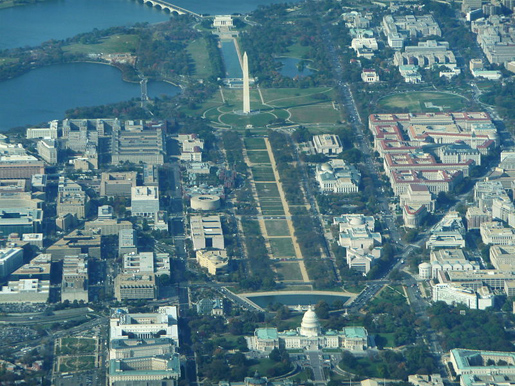 This vision culminated in the National Mall, a site L'Enfant had called a “great public walk.” The National Mall stretches for two miles, from the Potomac River to Capitol Hill, and is lined with shady trees, gardens and the Smithsonian Museums. While the end result, as we know it now, may not have been completed in L'Enfant's lifetime, it has certainly lived up to his vision as a great congregating area for public events and protests, as well as many a pick-up ultimate Frisbee game.