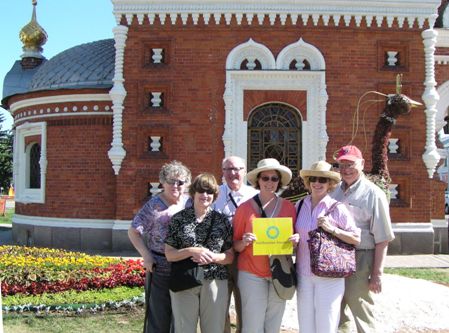 I made my first trip to Russia in the 1980s, and have returned multiple times over the last four decades. I have been able to witness the dramatic changes that have taken place, especially in Moscow and St. Petersburg.

One need not look any further than simple transactions to track the changes since the end of the Soviet Union. In summer of 1994, barely three years after the Soviet Union collapsed, I wanted to buy a cake to bring to a party I was attending. The bakery door was open, but when I went inside and asked for a particular cake, the woman behind the counter refused to sell it to me. The reason? She was on her break. So she sat there, refusing to sell the cake to me, and explained to me that I would have to wait the 15 minutes until her break was over. Neither of us budged. I waited, and she waited. Finally, 15 minutes later, she sold me the cake.

But in summer 2011, I decided to purchase a watch in St. Petersburg. I found a lovely watch shop in St. Petersburg’s oldest mall, and the saleswoman was cheerfully helpful. “I need a watch, but something less expensive than what is on display” I said in Russian. She shooed away her friends that were blocking the case, and showed me several options, explained their pros and cons, and even gave me a discount. Then she wrapped up the watch, told me about the year guarantee (!) and sent me on my way. The whole transaction took 10 minutes. Progress…

Change in the countryside is harder to notice. Young people still search for mushrooms with their grandmothers; kitchen gardens still grow outside dachas, most of which have no electricity. Poverty is the norm, and human services are practically non-existent.

However, village children will learn English in secondary school, and carry cell phones by the time they reach 14. Churches, once abandoned or destroyed have been reclaimed and restored, and cater to young and old alike.

Traditional Russian homes, with their brightly painted yellow, red, and blue wooden trim, contrast with monochromatic newer homes. Cranes and bulldozers are as common as cars in this country that is most definitely “under construction.”

Russia is a nation on the move, a fact that becomes clear even after one visit. This massive country is dynamic, and its resilient population constantly strives to improve its own lives and the lives of others. Although most Russians hold their country’s history closely, their eyes are not on the past, but decidedly on the future.

Click here to learn more about Dr. Kachurin and here for our Russian adventures.