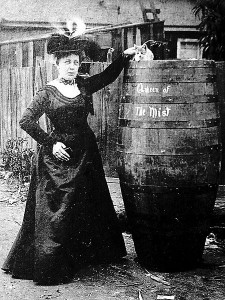 First and foremost, do not try any of these ridiculous stunts. It's illegal - it could cost you up to a $10,000 fine and banishment from Canada - and you would likely get hurt very, very badly.

That being said, here is our brief list of ridiculously silly and dangerous daredevil attempts at Niagara Falls. For the full list of absurdity from the mid-1800s to 1951, click here.


People still request to make attempts to cross Niagara River and the Falls even today. In November of 1996, the Niagara Parks Commission denied a request for a proposed skywalk by Jay Cochrane. Commission Chairman Gary Burroughs announced, “The net effect of this type of event is to encourage less qualified individuals to perform stunts or feats that put not only themselves at risk, but also those who may be involved in their rescue.”


Were these people brave, insane, or plain old stupid? Share your thoughts below.