The Indigenous People of Australia 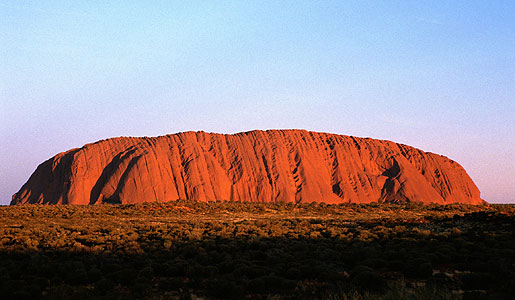 The Aborigines of Australia have a long and fascinating history that has been connected to the Australian landscape for thousands of years. Believed to have arrived in the region about 40,000 years ago, the indigenous tribes are actually full of diversity. There are over 500 distinct groups, each with their own culture and belief systems. Indigenous people make up 2% of Australia's population - about 400,000 souls.

While each Aboriginal group is unique, they share a unified connection to the land and to their spirituality. Their sense of the creation of the world begins with "The Dreamtime" era. This sacred moment in time was when the animal and human spirits rose from the land to create the world we know today. These "Dreaming" beliefs explain how and why humans behave in certain ways, why the birds in western Australia have different colors than the ones in the southern region, or how the soul resides outside a human body as a spirit-child until it is initiated to human form and birthed by a mother. These creation stories connect the physical world to the human world to the spiritual world in a holistic worldview that cannot be divided.

Every world culture has its own spiritual beliefs that help create social structures, common laws, and even food taboos to keep balance in the natural environment. The Aborigines are no different in that respect, but they have retained their belief systems through traumatic colonial rule and devastating disease that decimated their populations. Despite these formidable obstacles, their strong sense of spirituality and cultural continuity has allowed their Dreaming traditions to be passed from generation to generation.

Meet the indigenous people of Australia and hear their Dreamtime stories and legends on our Exploring Australia and New Zealand experience.

What was your most spiritual moment while traveling the world? Share Below.