What does Cairo have in common with the Mississippi River? 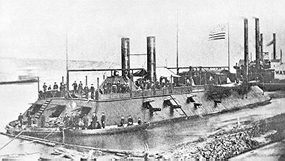 The answer is the USS Cairo, which is actually pronounced "kare-o". It was one of seven ironclad gunboats named in honor of towns along the upper Mississippi and Ohio rivers. In January, 1862, during the Civil War, it was commissioned by the North as a way to gain control over the lower Mississippi - part of a plan to split the South in two. Unfortunately, the USS Cairo had a short life and was the first ship to be sunk by an electronically detonated torpedo on December 12, 1862. Two explosions ripped open the hull of the ship causing it to sink 35 feet into the river in only 12 minutes - amazingly with no loss of life.Time passed with no way of retrieving the USS Cairo, which remained at the bottom of the river. Over the years, the story was forgotten and locals weren't really sure what happened—if members of the crew had died, or even of the gunboat's exact location.

In 1956, Smithsonian Journeys Study Leader Ed Bearss, started analyzing contemporary documents and maps. As Historian at the Vicksburg National Military Park, he and his companions Don Jacks and Warren Grabau made it their goal to uncover the gunboat, which was now buried under almost one hundred years of silt and mud. While they believed they had found the site of the ship, it wasn't until three years later that Cairo's armored port covers were brought to the surface, confirming the find.

It took several additional years to gain public interest and funding, and then there was the issue of actually raising an ironclad gunboat from the bottom of a river. After securing funding, the decision was made to split the USS Cairo into three parts in order to lift them to the surface. The entire ship was finally raised on December 12, 1964—exactly 102 years after it sank. After a long preservation process, it is now on display at the Vicksburg National Military Park. 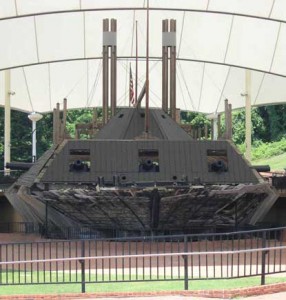 Which Civil War locations have you visited? Share Below.