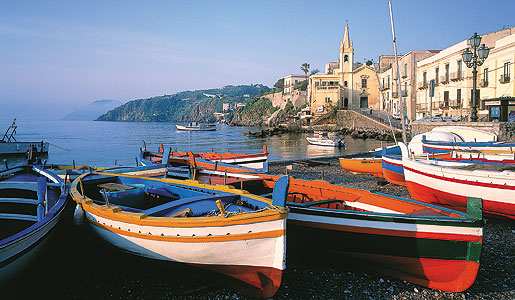 1. One of the first groups to live on the island was the Sicani, who arrived from the Iberian Peninsula. Evidence of this group were found in the form of cave drawings dating back to 8000 B.C., and included images of now extinct dwarf hippos and dwarf elephants.

3. Many Sicilians are bilingual in both Italian and Sicilian. Although the Sicilian language is taught secondary to the Italian language to its youth, the language is still commonly used on the island. It includes a sizeable vocabulary of over 250,000 words including loan words from Greek, French, Spanish and Arabic.

4. Sicily is known to be home of the world’s largest and oldest chestnut tree. The Chestnut Tree of One Hundred Horses is believed to be between 2,000 and 4,000 years old and is listed in the Guinness Book of World Records as having the “Greatest Tree Girth Ever” with a listed circumference of 190 ft. when it was measured in 1790. The name originated from a legend about Joan of Aragon and her one hundred knights, who during a trip to Mount Etna, found shelter under the tree after a terrible thunderstorm.

Experience Sicily with us.