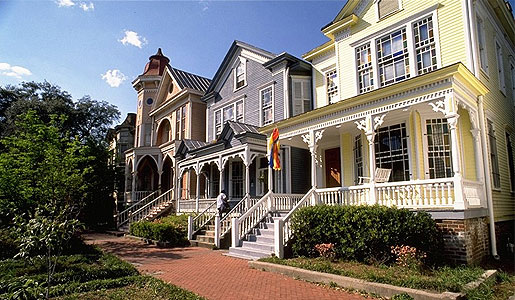 There are few southern cities that survived the Civil War as well as Savannah, Georgia. Founded in 1733, the city has seen its fair share of tragedy, including fire, war, disease, and its unique connection to voodoo culture. As a result, the American Institute of Parapsychology named Savannah “America’s Most Haunted City” in 2002.

But Savannah is more than spooky ghost stories. Despite its colorful past, it is recognized as one of the most historically preserved cities in the United States thanks to a caring community who pride themselves on old fashioned southern hospitality. There are over 40 blocks of gorgeous architecture with 150-year-old oak trees and Spanish moss hanging over cobblestone streets.

The city is also well known for having a thriving art culture, largely due to the creative students at the Savannah College of Art and Design. But for the more traditional art fan, there are the Telfair Museums, comprising of the Telfair Academy, the Owens-Thompson House, and the Jepson Center. The Telfair is the oldest art museum in the South and was founded in 1883. The museum has now expanded into three buildings and represents art from the 19th century to the contemporary arts.

Experience art and history in Savannah for yourself! Book your Springtime in the Old South tour by December 26 and save $200 per person

Which Southern City is your favorite?