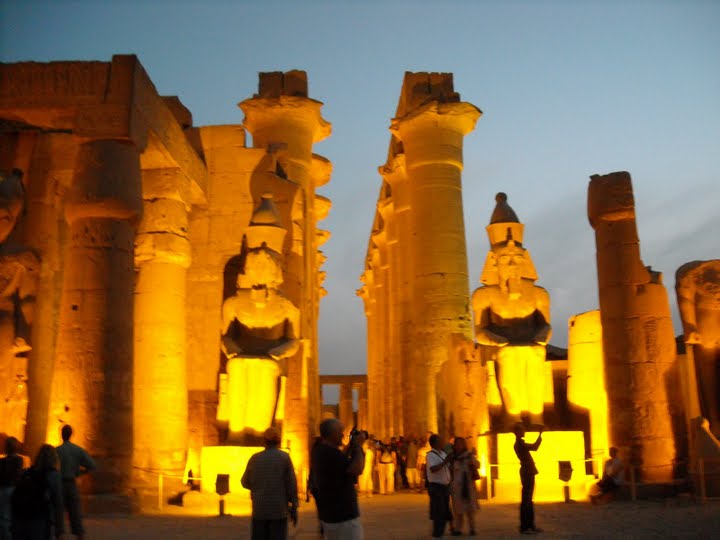 Luxor Temple, located on the eastern bank of the Nile, was founded in 1400 BC in what was then the city of Thebes. The Temple was built largely by Egyptian Pharoahs Amenhotep III and Rameses II, though many later Pharoahs decorated, added, and changed it. Its purpose was to honor the gods Amun, Mut, and Chons, and Luxor Temple served as the principal location for the festival of Opet, when the Pharoah would be reunited with his ka, or divine essence. In this manner, the Pharoah was transformed from man to god.

Today, Egypt's Luxor Temple is open to the public. Many visitors prefer to tour the grounds in the evening, when the temple is beautifully lit. The grounds have served many groups over the last 34 centuries and include a church as well as a mosque.  When you visit, be sure to check out the many smaller rooms behind the pylons at the front entrance, and don't forget to take photos of your own!

Check out Luxor for yourself on one of our journeys to Egypt.