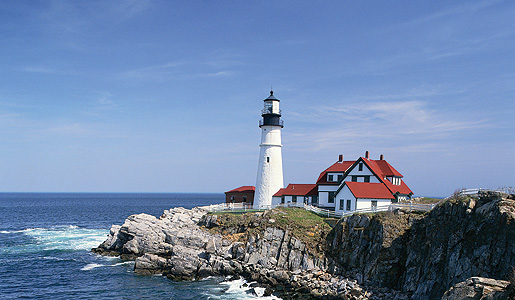 Visited by hundreds of thousands of people each year, the Portland Head Light is one of Maine's most recognizable landmarks. First lit in January, 1791, the light has helped ships find safe passage in and out of Portland Harbor ever since. During the Civil War, it helped the Union defend its ships against Confederate raiding parties. Today, the Coast Guard maintains a beacon and fog light in the lighthouse.

Visit the Head Light for yourself, see Winslow Homer's home at Prout's Neck, and explore Acadia National Park on this year's popular Art Along the Coast of Maine Tour. Timed just to beat the summer heat, join us August 21-29—we've saved a space just for you.