The Path from Pergamon 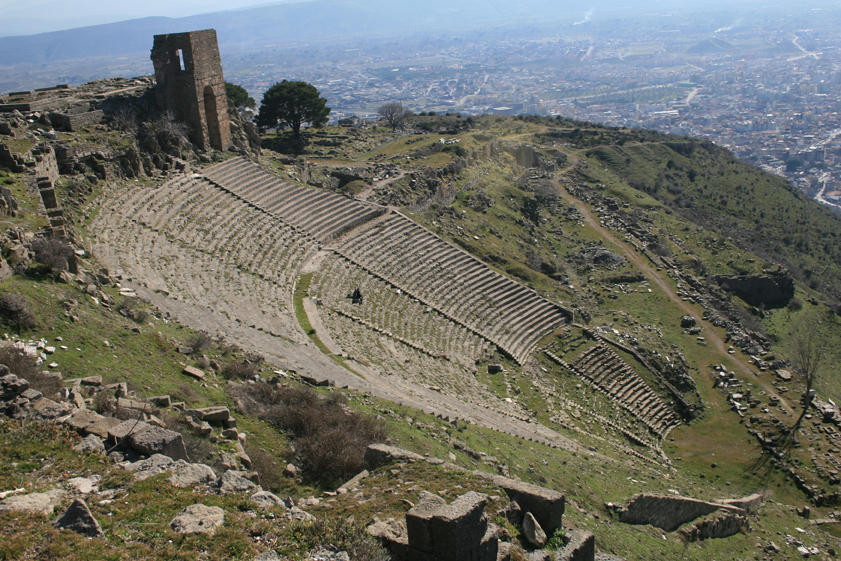 The theater of Pergamon could seat up to 10,000 people and had the steepest seating of theaters in the ancient world.

There was so much I didn't know about Pergamon when I was 16. But that visceral experience of the city was something I have never forgotten, even as I have learned about the city in great detail. I didn't know then that the designers of the city had planned that very experience—that they had sited the theater with its unforgettable view to serve as the linchpin for a radical departure in city planning. I didn't know that Pergamon had an experimental design, a radial plan playing off the shape of the theater. No plodding rectangular grid plan for the innovative rulers of this feisty Hellenistic kingdom. And I didn't know that Pergamon had a high-tech aqueduct system with pressure pipes and secure underground tunnels to bring water from mountain springs up to the city on the ridge. The monumental center of Pergamon along the ridge top was high value real estate, visible for miles, and it sent out clear messages of power and wonder. This powerful little kingdom could handle all comers. Just ask the Gauls! 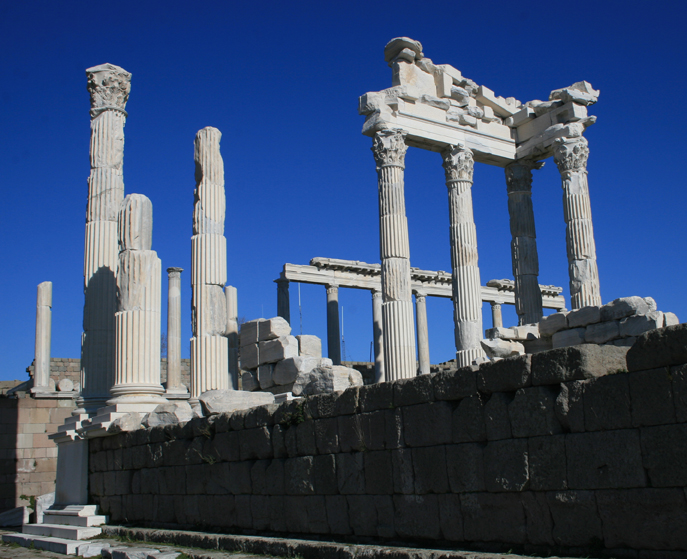 The Temple of Trajan, Pergamon

See Pergamon for yourself — join Janet or one of our other study leaders along the Turkish coast this summer and fall.