Stepping Back in Time on an African Safari 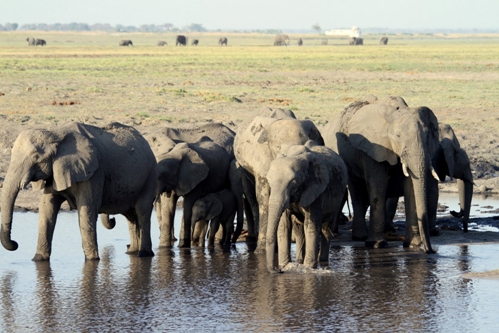 
Driving over the ridge into Chobe National Park on the first afternoon of our arrival in Botswana, there is a collective intake of breath on the initial glimpse of the spectacle that was to capture us for the next three days. Hundreds, and then thousands of elephants can be seen moving slowly towards the river, coming for their afternoon drink at the only water source for miles around. 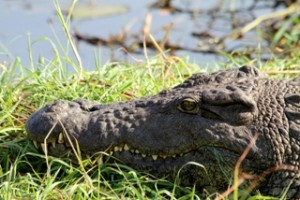 On closer examination, we can also see many more slowly crossing the rivers, their trunks held up as oversize snorkels, as they slowly swim their way from bank to bank. Yet more, can be seen cooling themselves in the shallow mud, or spraying themselves with water and mud, providing a thick layer of primitive sunscreen to protect themselves from the radiating heat. Even from the comfort of a shaded landcruiser with a bottle of water in hand I must admit it looks like a good idea. Except of course... for the crocodiles.

The elephants, while the largest, are hardly the only animals to be gathering here at this point. Languid large crocodiles lounge on the river banks, their mouths held open to regulate their body temperature. Nile monitor lizards, move in slow undulations through the high reeds and slip back into the water almost unseen. They join rafts of enormous hippopatumus, that awkardly move from near invisibility in the water to intimidating grazers on river banks. There they are joined by the rare endemic antelopes, the puku, with splayed feet and an awkward gate that keeps them permanently constrained to the moist banks around this river. 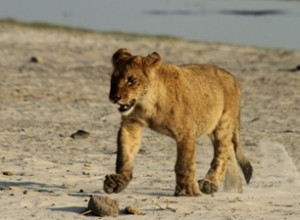 In the next few days we will glimpse many, many more animals clustered at this most verdant of refuges - rare sable and roan antelopes, large creches of giraffes, dozens of brilliant kingfishers and elegant wading birds, and stuffed prides of lion trotting back from their hunting.

Here is a place where it is easy to forget that large wildlife no longer rule the world, that man now dominates much of the landscape. We have talked in many of our Smithsonian lectures about the historical and modern importance of large animals in ecosystems, and the value of intact ecological communities in preserving ecological function. 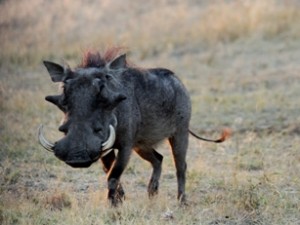 We have thought a lot about what the world might have been like in times of early man when large wildlife was so much more widespread. Here for a moment, we can stop imagining and just step back in time and watch in awe.

Study Leader Hillary Young is a Research Fellow in the Division of Mammals at the Smithsonian's National Museum of Natural History. She earned her Ph.D. in Biology from Stanford University and has done extensive field research on community ecology of mammals and birds. She currently splits her time between Washington D.C. and East Africa, where she is studying the effects of changes in mammal community composition on human health. She is editor of a new book, Seasonally Dry Tropical Forests: Biology and Conservation, focusing on the ecology of savanna and dry forest ecosystems.