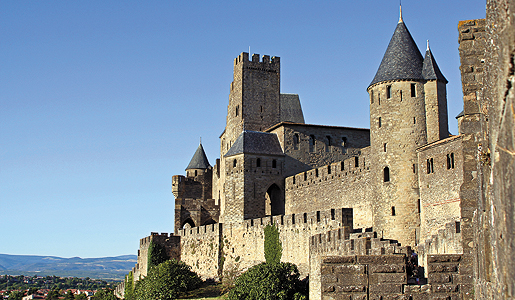 
Kim Munholland: There are several moments in French-American relations that have caught my attention. Recently I have been working on the past two hundred years of this relationship, beginning with the French assistance during the American War for Independence, producing a “Lafayette syndrome” in which Americans often define a special relationship that has existed since Lafayette fought beside George Washington—and came to regard our first president as a father figure. Yet this positive image has often been challenged when American and French interests have diverged or been marked by tension. On the positive side, there is an American fascination with French culture from the country’s intellectual life to its enjoyment of everyday pleasures. This is seen in the lives of American exiles, who have sought a second home in France, particularly Paris. At the same time there have been official, more political differences between the two countries that too often behave as “hostile allies.” In this latter area there are several moments that can be seen as turning points over more than two centuries, but the most important was the relationship that developed after the French defeat of 1940 and wartime relations, particularly differences between Charles de Gaulle and Franklin Roosevelt. This conflict was a central concern of my book, Rock of Contention: Free French and Americans at War in New Caledonia, 1940-1945. These wartime differences established a pattern that has marked French-American disagreements and misunderstandings since then.


KM: Vichy’s policy of collaboration with Germany during WWII created serious problems for the French wine industry when the Germans insisted that a large amount of the great French wines, particularly Champagne, Bordeaux and Burgundy, be reserved for the German market, including the German armed forces. The French realized that they would have to sell their wines to the Germans, but to protect their most valuable wines French winemakers began hiding some of their best vintages so that they would have a supply to rebuild their trade after the war. German taste for French wines also meant that the great wine cellars, such as at the Tour d’Argent in Paris, were in danger of depletion. Demands of high-ranking German officials (Hitler was a teetotaler) such as Herman Goering, could have had disastrous consequences for these great cellars. Again, a process of hiding occurred in self-defense. Another impact was that German demands for copper for their war industries meant that French vintners lacked copper sulfate, which was used to protect the vines from mildew and other diseases. This meant a drop in wine production, making it even more difficult to meet German demands. Finally, to increase agricultural production, Vichy issued regulations requiring larger vineyards to tear up ten percent of their land planted in grapes in order to increase supplies of vegetables and fruits. Since the war, French wine industry has recovered, and we will be traveling through some of the great, if less well-known, wine regions from Languedoc to the Loire valley.


SM: The France through the Ages itinerary is comprised of one beautiful and historically significant site after another; which site visits are you most looking forward to visiting with Smithsonian travelers and why?


KM:  There are many wonderful places to see on this trip, beginning in Carcassonne, but the one that I am looking forward to with great anticipation is Rocamadour. The site is absolutely sensational and made a lasting impression the first time that I visited it many years ago as a graduate student in French history. At that time we could visit the caves at Lascaux, to be closed shortly thereafter. Thus, it will be a visit filled with nostalgia for me. It also will enable me to rediscover an earlier interest in Medieval France since Rocamadour was a pilgrimage site. Equally interesting is the town of Albi. The Cathedral of Saint Cecile is one of the most interesting in all of France, very hard to categorize and should surprise everyone who has not seen it before. Albi has lent its name to one of the most bloody episodes of the Middle Ages, the Albigensian Crusade against the heretical Cathar sect that had its roots in the region and was supported by the powerful counts of Toulouse.


SM: For a city so renowned for its scientific and engineering industries (aerospace and high tech), Toulouse has a rich literary and artistic history as well, personified by Antoine St. Exupéry and Henri de Toulouse-Lautrec. What led Toulouse to excel in these areas?


KM: The emergence of Toulouse as a center for the aeronautic and high tech industries has its origins in France’s impressive economic recovery after World War II. Successive French governments were determined to modernize France, particularly in the area of aircraft production. Key to this program was government support and encouragement to the aeronautical engineer and entrepreneur, Marcel Dassault, whose company began to produce some of the most advanced fighter aircraft in the world. This program successfully sought to reverse an image of France as the technological inferior of Germany, often cited as a cause for the country’s military defeat in 1940. The climate of Toulouse is well suited, perhaps similar to Los Angeles, to the development and testing of aircraft prototypes. The result was a spectacular growth of French aircraft development and production, leading to the location of the main assembly point for the Airbus. An advanced electronics sector developed alongside the aerospace industry of Toulouse. But it has not been all technology and modernity that gives Toulouse its claim to fame. Toulouse has long had a strong cultural tradition dating back to the time of the troubadours and the days of Raymond of Toulouse, who encouraged the arts in his capital city. In addition to its literary and artistic richness, Toulouse is home to a major symphony orchestra.


SM: You spent several years living in various areas of France. What aspects of la vie en France do you miss the most?


KM: There are many things to appreciate about France, its monuments, cathedrals, the beauty of Paris itself, the variety of its regions and countryside, but the one thing that I most miss is the grace of everyday life: the pleasures of mealtimes and conversation, exploring the bookstores and galleries of Paris and just the sounds and smells of Paris, transformed when one leaves Paris for the relative peace of Sunday in the countryside, moments of leisure and pleasure caught in the paintings of the impressionists. We will no doubt experience such enjoyment when we take meals during our travels through the spectacular French countryside. What better place to indulge and savor the sensory pleasures of the French countryside, though, than at Giverny, Claude Monet’s garden that was his home, studio, and site for the creation of his great masterpiece, Les Nymphéas (now restored in the Orangeries in Paris) during the last years of his life). Monet not only created a world of color in his garden and on his canvasses, but his home at Giverny with its kitchen, dining room and living space provides a strong sense of what middle-class leisure was like with many meals among friends at the end of the nineteenth and beginning of the twentieth centuries. One can understand from a visit to this site how this way of life attracted an American colony of expatriate artists and writers to France, and it is this sense that, like many other Americans, I always feel when I come to France. Our visit to Giverny will provide this marvelous impression of a graceful and civilized way of life to be found in France.


SM:  An especially poignant day of this program will be spent visiting the D-Day landing beaches, the American Cemetery overlooking Omaha Beach in Colleville, and Ste-Mere-Eglise, where the 82nd Airborne Division successfully parachuted on June 5, 1944. As an expert on Occupied France, please describe your first impressions when you visited these sites.


KM: Although I have visited the Normandy beaches, the cemetery and memorial to the Allied landings many times, each time I am as awe-struck as I was on the first visit several years ago. The site itself is dramatic, located above a now tranquil Omaha beach that was so bloody on June 6, 1944. There are many American cemeteries and memorials in France, dating back to the first world war, but this one captures in a deeply moving way the sacrifices of so many American soldiers who came to France to fight a just cause but never returned home. Recent improvements to the site in which one approaches the cemetery from the cliff above the beach gives added drama to the experience. In addition, we will have an opportunity to compare the invasion of 1944 with that of 1066 when we visit the Bayeux tapestry that narrates the Norman invasion of England in one of the great works of medieval art and another glory of French culture. Separated by nearly nine centuries, the museum at Omaha beach and the preserved tapestry both recount tales of bravery, sacrifice and determination. Miraculously, the Bayeux Cathedral was spared by the Allied bombings in preparation for the D-Day landings. Bayeux was not only the departure point for William the Conquerer in 1066, but it was the town that received General de Gaulle on his return to French soil, only one week after D-Day in 1944, to assert his authority and begin the process of restoring a democratic France after four years of occupation.

Kim Munholland is Professor Emeritus from the University of Minnesota. A specialist on modern France, Dr. Munholland has published several books on French history, with an emphasis upon French-American relations in the twentieth century. Munholland has served as Study Leader on our France Through the Ages tour.