This departure of “Patagonian Explorer” was special for three very unusual reasons, all of which were unplanned and, as our Argentine Tour Director Gastón Mc Kay put it, “espontaneous.”

The first, of course, was that our group was witness to the inauguration of the first South American (and Argentine) Pope, Francisco I, and the celebration of the events of his first week in that role by the people of Buenos Aires and Argentina as a whole. The obelisk in the middle of the “9 de Julio” avenue was draped in yellow and white (the Papal colors), the Plaza de Mayo was packed – from Monday evening to late Tuesday morning – with people following events at the Vatican on large television screens flanking the Cathedral, and the city as a whole showed symptoms of hope for the future than were absent as recent as a month ago. No Argentinians were more proud than the fans of San Lorenzo, the new Pope’s favorite football (soccer) team; indeed, the supporters presented Francisco I with a team jersey with his name and a halo as his number! 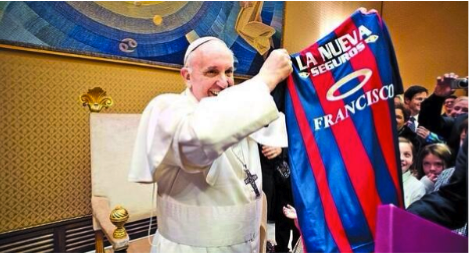 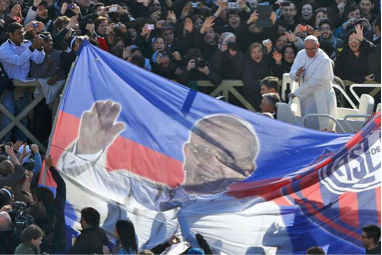 The second grand surprise was the morning of our landing on Magdalena Island in the Strait of Magellan, just north of Punta Arenas, Chile. Disembarkation in zodiacs for this visit to a huge Magellanic penguin colony always comes early, as the winds tend to be lighter and the waves lower in the morning, but on this occasion we were treated to a spectacular sunrise over Tierra del Fuego to the east and a bath of golden sunshine flooding the penguins ashore and in the water. There was no wind at all, and even the ship’s crewmembers were on deck taking pictures. As we all sat down to breakfast later that morning, there was an enthusiastic comparison of photographs to see who had taken the best image. 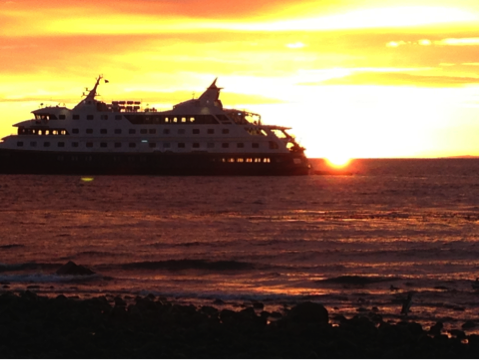 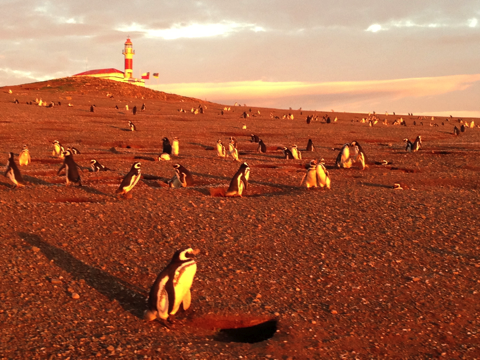 Third, Easter Sunday brought a forced change of plans caused by the closure – probably because of an accident – of the Pan-American highway south of Santiago. We were returning to town after a wonderful visit to the Haras de Pirque winery, when access to the highway was closed off. Taking side streets to get back into town, we were destined to miss our appointed times for a visit to “La Chascona,” one of Pablo Neruda’s homes. Tour Director Gastón Mc Kay, local guide Iván Bustamante, and I agreed to go instead to the Museum of Remembrance, which chronicles the military coup d’état of 11 September 1973, which toppled the government of Salvador Allende, through to the removal of Augusto Pinochet by the 1988 plebiscite which told him “No” to his staying in power until the end of the twentieth century. Iván’s family had been forced into exile in Britain as a consequence of the coup, and his guiding of the Associates through this powerful museum was extremely moving.

The Patagonian trip offers Smithsonian travelers many different dimensions of two wonderful countries, Argentina and Chile, including landscapes and nature, but we never ignore the terrible moments in their recent histories, for the two peoples’ ability to recover and progress despite those events are all the more remarkable after we learn what they have suffered.

So, by the time we traveled from Valparaíso to the Santiago International Airport on 1 April, we all knew that we had been witness not only to Buenos Aires and the Argentine tango, fabulous Tierra del Fuego and Patagonia aboard Vía Australis and in Torres del Paine National Park, as well as the pleasures of the Chilean Lake District, but also to three different experiences that were unplanned and unexpected, but very special indeed.  Such surprises are often the most memorable moments of a tour.

I am sure that the 2013-14 season of “Patagonian Explorer” will bring similar “espontanous” experiences, and so am already looking forward to my return to the Southern Cone and Cape Horn.  My license plate and its frame say it all: 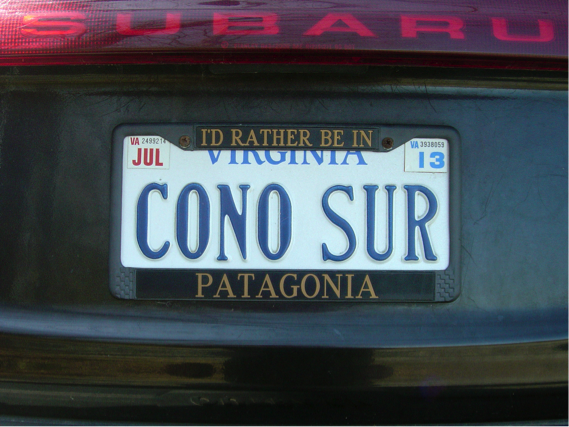 To learn more about our Patagonia Explorer tour, click here.

Jeffrey A. Cole has led over 50 Smithsonian Journeys to Latin America since 1992, including 26 to Peru and 20 to Chile. He has taught Latin American Studies at Clark University, Tulane University, SUNY-Oswego, Cornell University, the University of Massachusetts at Amherst, and Smith College.