« Secrets of the Iberian Peninsula
Strasbourg: The Emergence of an International City »

The Coexistence of Past and Present in Celtic Lands

After some hours in Glasgow, we boarded MS Le Boreal. About 27 travelers in my Smithsonian group were among 222 passengers and 130 crew. On the next morning the tenders brought us to Iona, which was lovely, as was the weather. We took a ferry to the larger Isle of Mull, where a bus took us around the island to places like Castle Duart. The sun was out, and we could see 360 degrees for miles. Skye is the largest island in the Inner Hebrides, with a coastline of 1100 miles and mountains rising to 3300 feet, some with snow still on top, which was odd because the weather was so sunny. We visited Dunvegan castle, home of the McLeod clan for centuries. It is still lived in. Impressively, on the stone walls we saw framed original letters from Samuel Johnson and Sir Walter Scot expressing their appreciation to the Mc Leods for their hospitality.

On a Sunday morning the 222 passengers of Le Boreal woke up at the docks on the Lagan River in Belfast. We toured the downtown area near City Hall, including Royal Avenue, where my mother worked in the Grand Central Hotel during WWII. Our witty guide gave us the context of the Troubles as we observed the contested Falls Road, Divis Tower, Shankill, Van Morison’s Cypress Avenue, Stormont, Cave Hill, and its Belfast Castle. In the afternoon we experienced Titanic Belfast, a 2013 interactive museum on the site of the dry dock where the Titanic and many other great ships were built. We sailed out of Belfast Lough in the dusk. The pilot jumped from our ship back onto the pilot’s boat just under my balcony, so I got some quick photos.

In Dublin our tour bus took us to historic Kilmainham Gaol, Trinity College, and St. Patrick’s cathedral. On board we sang along in a rousing concert with the Merry Ploughboys. When we were leaving the North Quay, rain started, and the young French captain said, “As we leave Dublin, the sky are crying. We now sail to the green fields of France.”

On the morning before the 70th anniversary of D-Day we docked in Caen. We cruised in from the English Channel through a lock on a canal, which was amazing considering how big Le Boreal is in relation to a canal. At the start and end of the day the Pegasus Bridge opened for us. This was where the first battle of D-Day took place, and Prince Charles was there for a ceremony midday.

We drove in buses with David and Julie Eisenhower to Pointe du Hoc on a cliff overlooking Omaha Beach. We experienced St. Laurent cemetery, the largest American graveyard outside the US. It contains the remains of about 10,000 young US soldiers killed during the 1944 invasion of Normandy. David Eisenhower gave a speech and read comments by our tour passengers about their relatives in D-Day, and he and Celia Sandys (Churchill’s granddaughter) and some veterans in our group laid a wreath at the main statue. Taps was played, and then we sang the national anthem. A plane flew low over our heads. Preparations were being made there in front of the statue of “the spirit of youth” for the ceremony with President Obama, etc., the next day. 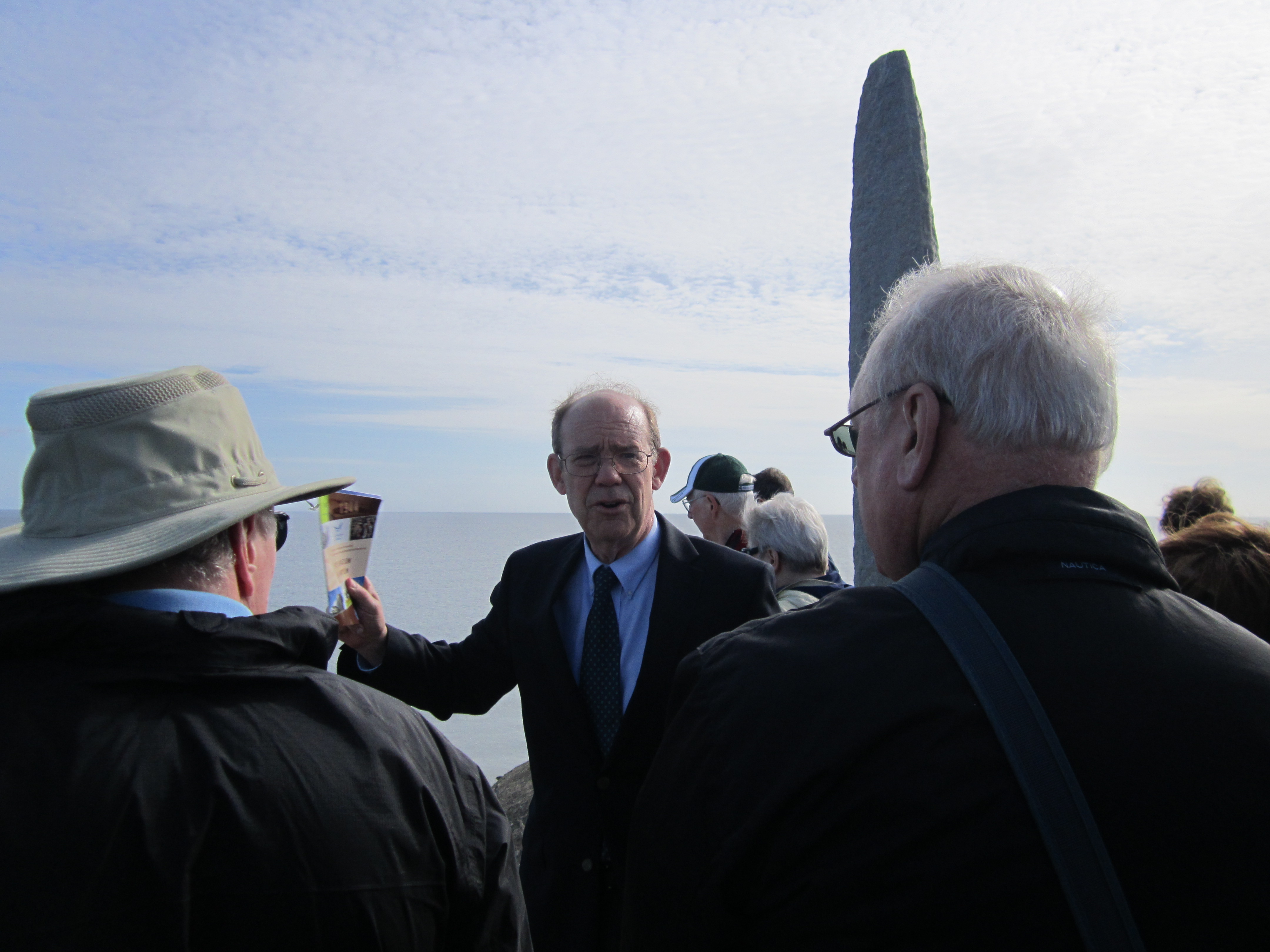 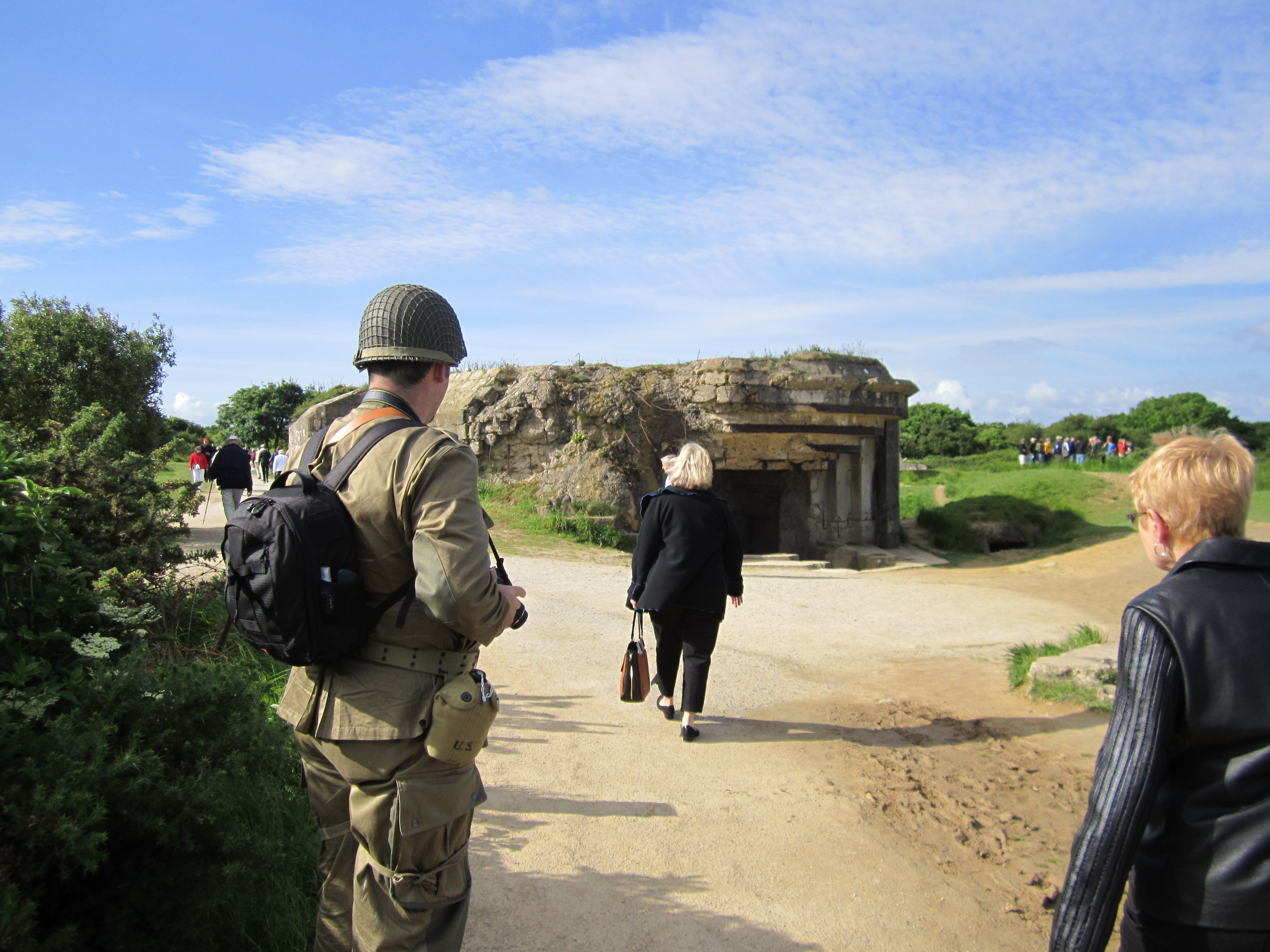 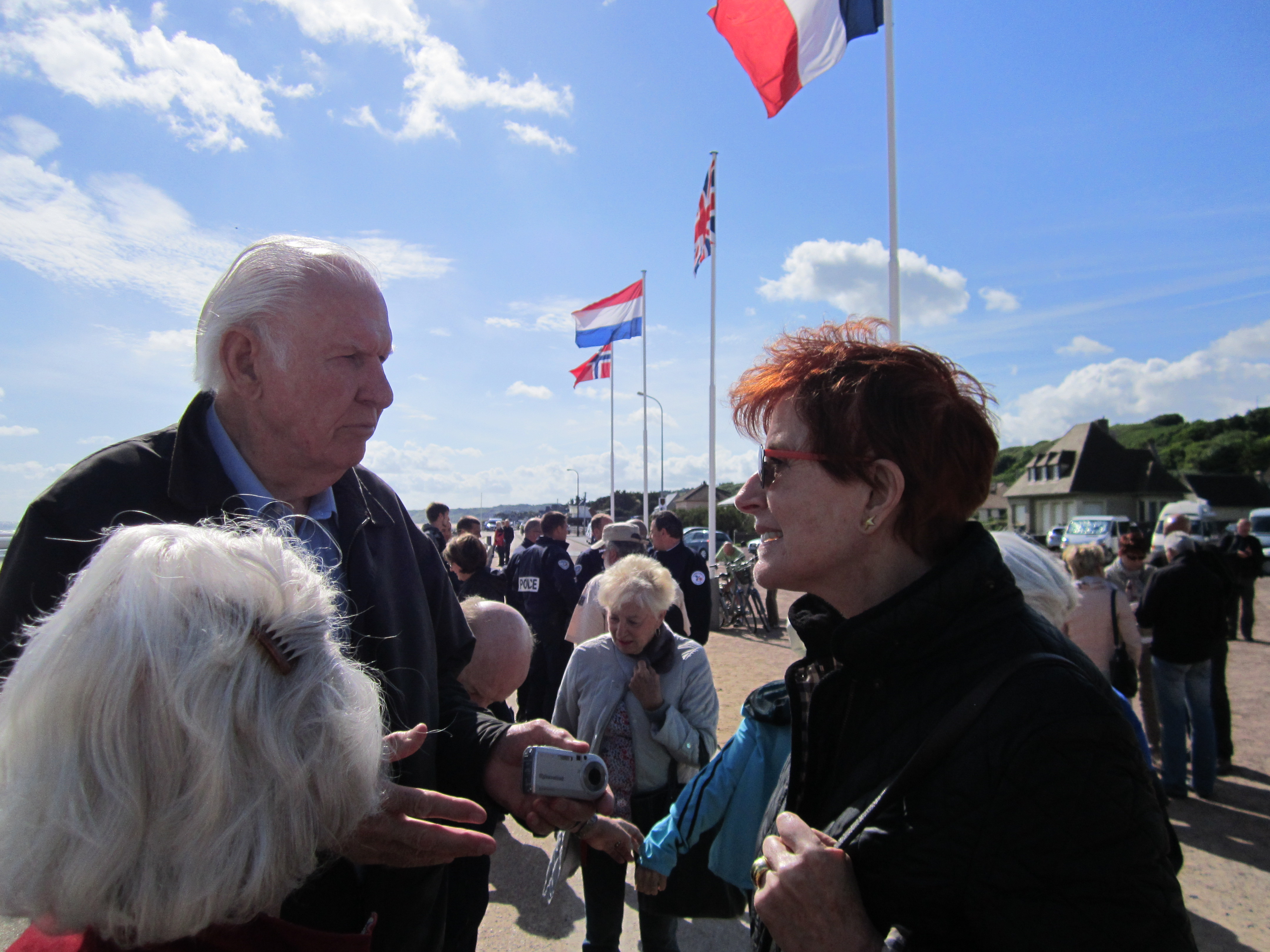 Christopher Griffin has been a college instructor in Irish literature, poetry, and drama for more than 25 years, educating students from the University of Wisconsin - Milwaukee, Strayer University, and George Washington University.