« Stepping Back in Time on an African Safari
Book: Animal - The Definitive Guide to the World's Wildlife » 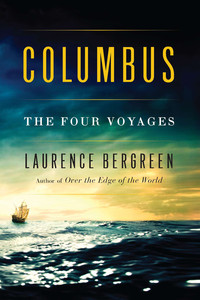 This week's travel read is Columbus, The Four Voyages. Most of us remember Columbus' famous expedition of 1492, but many of us have forgotten that Columbus returned to the Americas three more times.

In these later voyages, Columbus continued to try to prove that he could get to China, where he wanted to convert the people he met there to Christianity. These three later voyages, all to the Caribbean and nearby regions of the Atlantic, were more violent than his first and contribute to his controversial legacy.

Biographer Laurence Bergreen captures each voyage in rich detail, recreating these adventures and providing the context and perspective needed for each of us to draw our own understanding of what Columbus' expeditions mean to the world at large.

If you'd like to sail some of the waters Columbus sailed, now's a great time to book your adventure in the Caribbean with Smithsonian Journeys.