Book: Animal - The Definitive Guide to the World's Wildlife 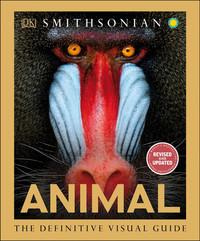 This week's book is from our own Don Wilson, longtime Smithsonian Study Leader and Curator Emeritus of Mammals at the Smithsonian's National Museum of Natural History. Named Senior Scientist in 2000, Don was also Director of the Smithsonian’s Biodiversity Programs for ten years.

For the last 40 years, his work has taken him around the world conducting field work and research. He has led tours for Smithsonian Journeys to most of the world’s greatest natural history destinations from Antarctica to Africa.

Working with co-editor and zoologist David Burnie, Wilson has created a giant reference to wildlife from every corner of the world. From the smallest insects to the largest mammals, this visual guide helps the reader understand and appreciate the fantastic variety of life our planet with vivid photos and interesting facts.