Back to School in Scandinavia 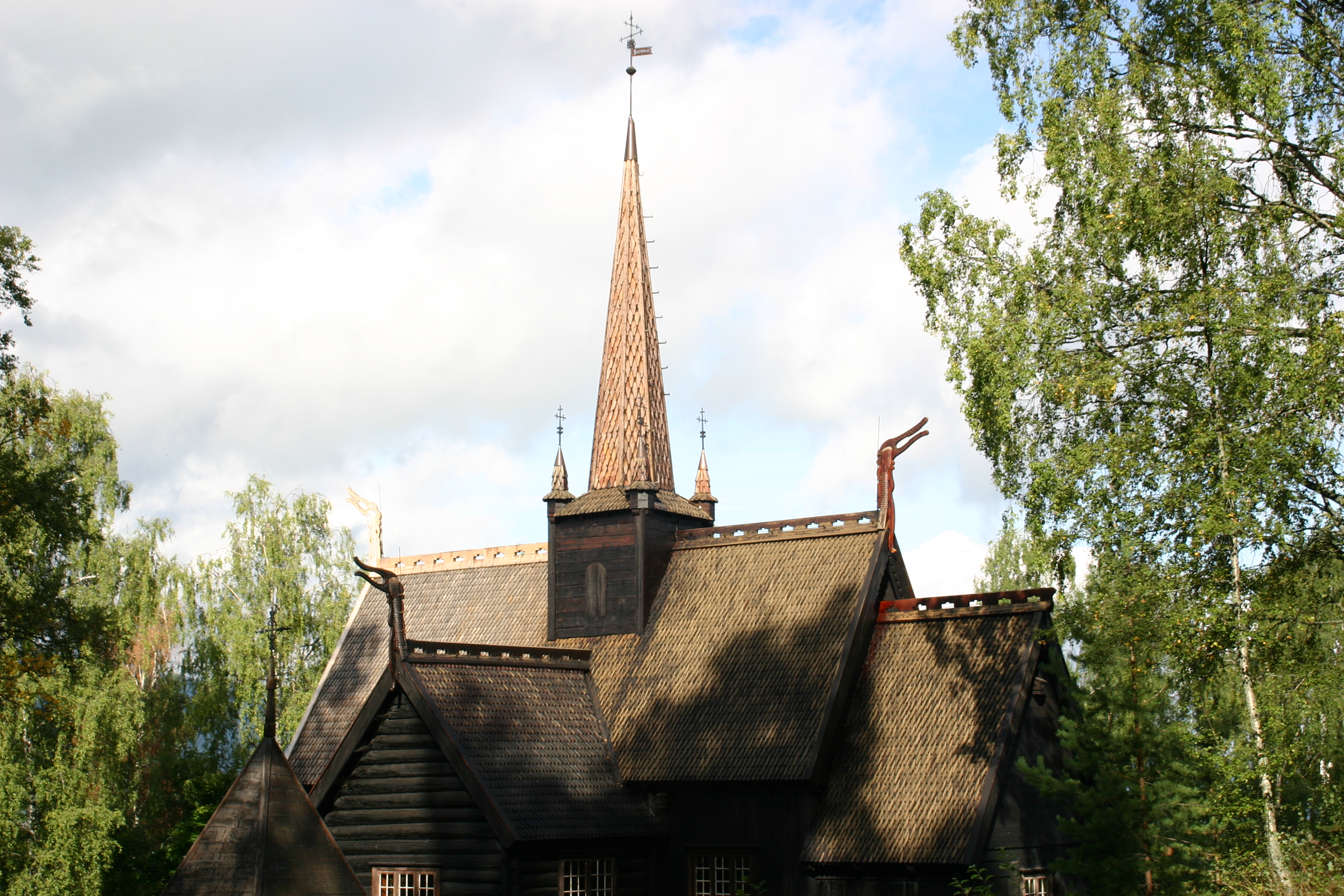 Our first day in Norway followed the valley north to the town of Lillehammer. Known internationally for the 1994 Olympics, the town is also home to one of the largest open air museums in the world: Maihaugen.

After a hearty lunch of mushroom soup and a dish of salmon, we met our guide August, a blond-haired young man wearing a 19th century Norwegian folk costume. Gracious and courteous, August led us into the museum and toward the picturesque  900-year old wooden stave church, past a small pond where ducks swam around. Outside the church gates he demonstrated the punishment for those who neglected to attend church - time in a neck collar. We entered into the dimly lit church and took our places in the pews. When the church was first built, you would only stand and the Latin-language Catholic service would only last about 20 minutes. After the reformation, when the priests would preach in Norwegian, pews were added for the 2-3 hour services.

We made a few more stops in the open air museum before we were led up to the 19th century schoolhouse. He rang the school bell and tersely commanded that we get into two lines: the boys on the left and the girls on the right. As he rang the bell, and with a slight bow, he welcomed first the girls and then the boys into the one-room school house. The boys would sit on the left side of the room, closer to the windows and the light that would illuminate the desks. The oldest boy would sit in the back and was in charge of heating the school house.

Once we were all seated, August gave an overview of public education in 19th century Norway. He then pulled out a small blackboard tablet and instructed the class on the three additional letters in the Norwegian alphabet.

"Æ" he instructed, his lips spread wide. The class repeated a sound that was similar, although not quite right. "Æ" he repeated. First for the boys, and then for the girls, and finally everyone together. Maybe it sounded a bit closer that time.

"Ø" he stated, his lips rounded. Again, we attempted to replicate the sound together, then the boys, the girls, and everyone together.

And finally, "Å" with a slight diphthong. First a third time, we attempted to come close to the same sound.

August seemed pleased. And quite the instructor, he offered examples of words with these letters. First, in order to speak with the sheep, "BÆ." Dutifully, we repeated "BÆ," sounding like a group of Norwegian sheep.

"ØL," an important word for ordering a beer.

And to go along with the beer, "SKÅL" or cheers!

Glenn Kranking is Assistant Professor of History and Scandinavian Studies at Gustavus Adolphus College. He received his Ph.D. in History from The Ohio State University, and has lived and researched in Sweden, Estonia, Finland, and Russia. His area of research includes Scandinavia and the Baltic Sea Region with an emphasis on the 19th and 20th centuries, nationalism, and minorities. One of his more recent courses looks at Nordic Explorers, from the Vikings to the Polar explorers.