A Visit to a Norwegian Summer Farm

Amid the spectacular west Norwegian fjord landscape of two UNESCO world heritage sites (Geiranger and Naeroy fjords) lies the Herdal Mountain Summer Farm (Saeter). Here farming follows a tradition that dates back to the Vikings. The farm itself, run by Jostein Sande and Ashild Dale, has been in the Dale family for 300 years. 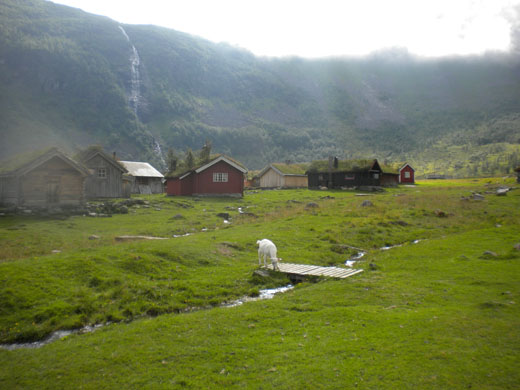 The mountain summer farm consists of 30 small buildings with several hundred goats, scores of sheep, some cows and a dozen or so majestic Norwegian fjord horses. The animals graze freely in the open landscape of the mountain meadow from June through September. Goats are milked regularly for the rich milk that is used to produce brown and white goat cheese as well as goat’s milk caramels. Agricultural traditions going back countless generations thrive here, protected by international cultural agreements and the dedication of the Sande-Dale family. 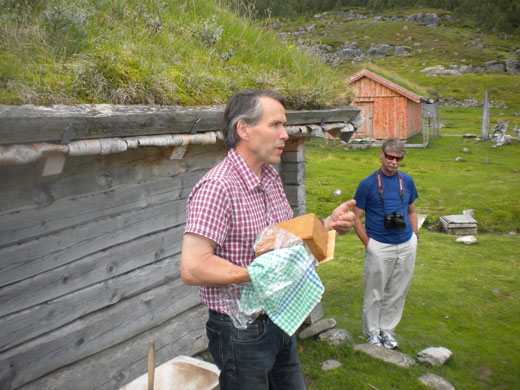 As visitors to the farm, we felt as though we had stepped back in time; a time before the industrial revolution changed the world, and Norway was one of the poorest countries in Europe. We marveled at the smell and the taste of the dairy products, especially the pure brown goat cheese that has become the very symbol of Norway’s traditional culinary culture. Enjoyed with “rømmegrøt,” a sour-cream porridge, cured ham and lamb, and some traditional flatbread, the Norwegian mountain farm food experience was unique. 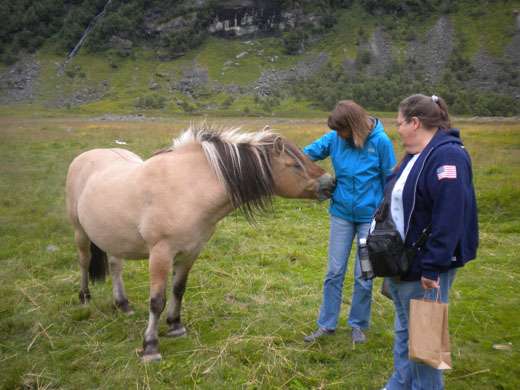 
The Summer Farm culture broadly represents a living tradition of small-scale dairy farming that still survives throughout Norway. However, because they are most often found away from the tourists’ mainstream and visited only by the most determined of travelers, our visit to the summer farm left us feeling quite privileged that we could enjoy such a unique historical and cultural experience as part of the Smithsonian Scandinavian Sojourn tour. A true surprise in the land of the midnight sun.

Terje Leiren is Professor of Scandinavian Studies and History at the University of Washington, Seattle. He is the current holder of the Sverre Arestad Endowed Chair in Norwegian Studies.